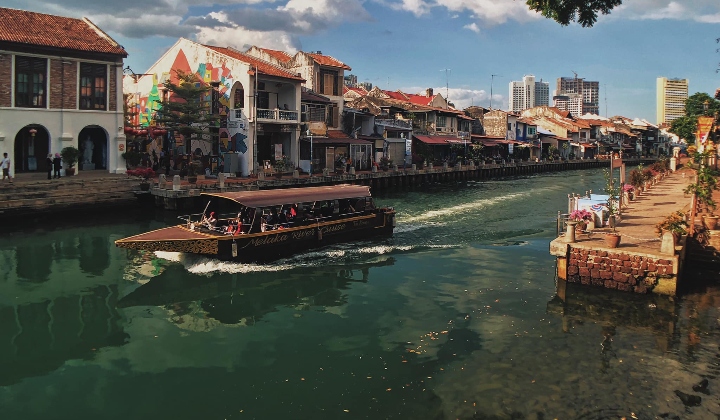 Several beautiful pictures of Sungai Melaka looking â€œclean and greenâ€ have prompted news outlets to report that the movement control order (MCO) has magically resulted in the river becoming so clear you can see fishes swimming.

However, the photographer who took the viral photos has come forward to explain the truth: those photos were shot at the end of February, before the MCO started on 18 March.

Speaking to The Star, CJ Fen explained that he had actually posted photos of the river looking pristine on his Facebook in February, these photos were quickly shared by a number of Melaka-based Facebook pages.

Then during the MCO, more people started sharing the photos. Even former Melaka chief minister Tan Sri Mohd Ali Rustam shared them and they went viral.

The 38-year-old photographer who is also based in Melaka said that the photos went viral again during MCO and before he knew it, several news outlets published articles using his photos and attributing the clarity of the river to the MCO.

News outlets had even interviewed locals who confirmed the perception saying that the river was now clean since less garbage was being dumped into it.

CJ shared that he thought the idea was laughable as the river already looked like that even before the MCO, confirming again that he took the pictures in February.

My initial reaction when I saw the news reports was to laugh because this was not true, the MCO did not cause the river to clear up.

However, the river would usually appear murky again after a rainy day.

I took more pictures of the river recently after it had rained and the water was murky.

Acknowledging that it is possible the MCO might have helped make the river cleaner, CJ explained that the rehabilitation of the river should actually be credited to the effort made by the authorities and locals who have been working on improving the condition of the river for a long time.

Sungai Melaka has had the reputation of being dirty, smelly and heavily polluted for years, which is why so many people were pleasantly surprised by CJâ€™s beautiful pictures of the river.