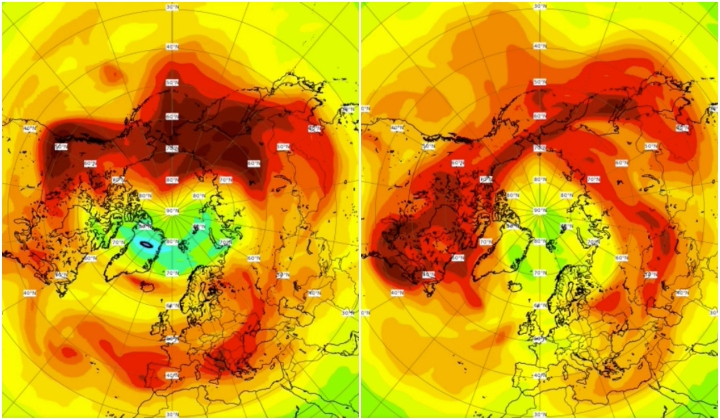 All environment-lovers out there might be happy to know that an ozone hole located above the Arctic has reportedly closed.

According to CNN, the ozone hole had formed earlier this year and eventually became the largest ozone hole ever recorded there.

Before you get any ideas, weâ€™d like to clarify that the ozone hole was not caused by human activity. The scientists at Copernicus Atmospheric Monitoring Service (CAMS) who were tracking the hole announced the news late last week explaining that the hole was caused by a particularly strong Arctic polar vortex.

Therefore, its closing was most likely not caused by the â€œreduction of pollutionâ€ from the Covid-19 pandemic which lowered global warming rates.

Covid-19 and the associated lockdowns probably had nothing to do with this. It’s been driven by an unusually strong and long-lived polar vortex, and isn’t related to air quality changes.

Scientists observing the ozone hole at CAMS via CNN

Even so, the hole was massive. The scientists said that most of the ozone typically found around 18 kilometres into the stratosphere was depleted. The last time such a strong chemical ozone depletion in the Arctic occurred was almost 10 years ago.

The ozone layer is located between 14 and 35 kilometres above the Earth and protects us from ultraviolet radiation from the Sun.

Differing from the hole that developed over the Arctic, ozone holes in the Antarctic in the Southern Hemisphere are typically caused by human activity and the release of chemicals such as chlorine and bromine. These have caused an ozone hole to develop annually there for the last 35 years.

However, fortunately, there has been some good news from there too: Last year, the ozone hole above the Antarctic was observed to be at its smallest since it was first discovered.

Batman Star Infected With Covid-19, But Here’s Why You Shouldn’t Fear The Night