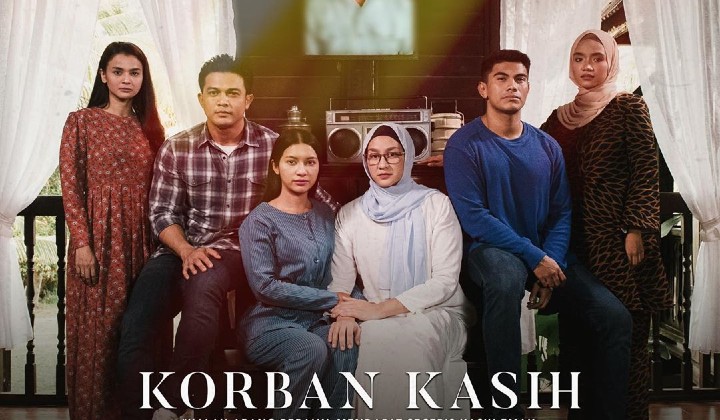 Malaysians online have been poking fun at a drama series on a local TV station for their use of what netizens are saying â€œunsuitableâ€ actors to play the roles of high school students.

A snippet of a scene from the series was shared on TV1â€™s official Twitter account which was what got people talking.Â

In the viral scene, three siblings all dressed in highschool uniform are standing outside with a woman who is meant to be their mother. However, Malaysians online are saying that despite the uniforms, the three siblings still look the same age as their mother.

“What’s wrong with mum? Why did she suddenly want to look at the contents of Jalil’s bag?”

The drama series, reportedly an adaptation of a novel by the same name, has already aired their fourth episode and tells the story of a boy named Jalil, played by actor Saharul Ridzwan, who is shunned by his own family since he was young.

Malaysian netizens opined that the scene should have starred younger actors so that the age difference between the mother and her kids was more prominent.Â

“The mother gave birth to them when she was 1-years-old.”

“How many times did this student have to repeat his year? He looks so old already.”

“I suspect the character is an SPM student in 2020 who had to take his SPM in 2030 because the movement control order (MCO) went on for so long.”

On top of that, they said that Saharul Ridzuanâ€™s buff figure made him look even older than his character compared to the rest of the actors.

“Did this kid start going to the gym when he was 9-years-old? He’s weirdly buff for a boy his age.”

Interestingly, the actor being made fun of was able to laugh at the comedy of the situation too and responded to their tweets clarifying that heâ€™s actually playing an STPM student.

“He’s not supposed to be that young. He’s an STPM student already.”