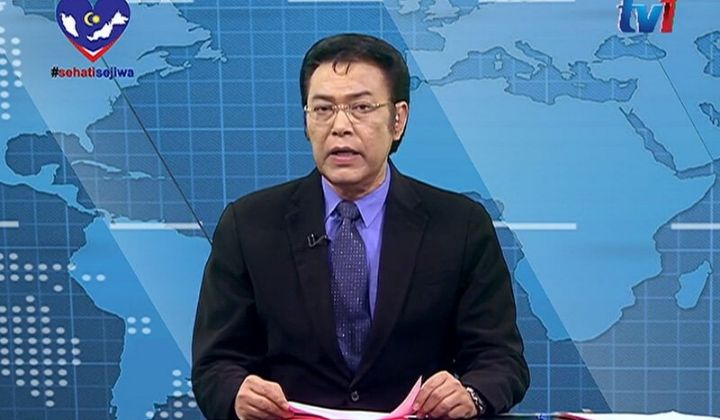 The passing of Farit Ismeth Emir does not just mean the loss of one of the nationâ€™s greatest talents. To some extent, it also signifies the end of a generation.

Faritâ€™s golden voice is one that many Malaysians grew up listening to. He was a familiar face on RTM, and was best known for anchoring the Berita Dunia Jam 10 segment on TV1.

It was his signature style to conclude the show with some pearls of wisdom, ranging from the importance of being patient to the true demonstration of sincerity. He then ends it with a catchphrase that he is often known for – â€œfikir-fikirkanlahâ€.

The booming voice of our childhood

For those who are younger, Faritâ€™s voice also signals the beginning and end of a favourite show on television.

Anthony recalls watching the last bits of Faritâ€™s Malay news segment on television as a child. â€œI remember this particularly because I had to stop my cartoon tape, then switch to the news channel for my grandmother around 7-8pm,â€ he said.

For others like Raj, Faritâ€™s voice was the one that came before the much anticipated Hollywood movie segment on TV2. Raj said: â€œWhen you hear him say â€œGaya, Mutu, Keunggulanâ€, you know that is when the movie is about to start.â€

â€œGaya, Mutu, Keunggulanâ€ is another phrase that is closely associated with the late newscaster. It was the tagline of a Dunhill television ad that was aired in the 80s and 90s, which was also played before the Hollywood movie segment that the cigarette brand used to sponsor back then.

Just as he built his own trademark in TV ads and presentations, Farit encouraged others in the business to do so too.

Newsreader and host Iesya Toh regards Farit as her mentor, who encouraged her to build her own trademark. According to him, this will bring her â€œcloser to viewersâ€ – just like what he did on Berita Dunia Jam 10 with his pearls of wisdom.

Farit also advised his son, local musician DJ Fuzz, on the importance of developing his own style.

With his magnetic baritone voice, his signature suit-and-tie image, as well as his strive for excellence in his job – pretty sure we all agree that Farit himself exemplifies â€œgaya, mutuâ€ and â€œkeunggulanâ€.

We may never see a news anchor like him on Malaysian TV, or hear a voice as golden as his, for a long time.

Hereâ€™s to the man who addressed us not as mere viewers, but as his â€œsaudaraâ€.