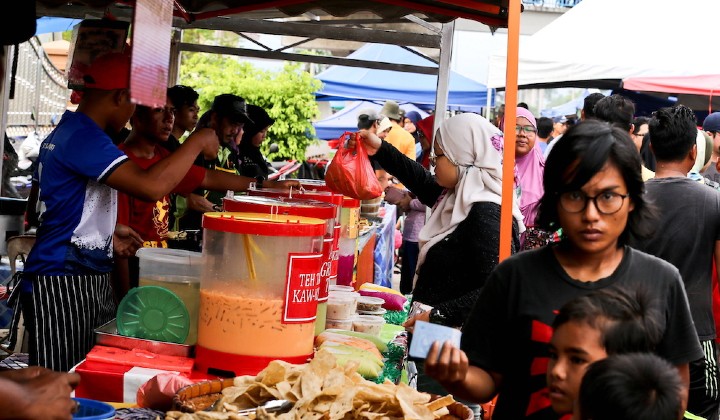 The government will not allow bazaars of any kind to operate during this yearâ€™s Ramadan.

Senior Minister (Defense) Datuk Seri Ismail Sabri Yaakob says that all business in regards to feasts during the fasting month would be banned entirely, including all online e-bazaars or e-iftars as well as any drive-thru tapau stalls.

However, the government is allowing food delivery apps and services to remain operational for the time being.

The decision was made in order to prevent crowds from congregating during the pandemic and reduce the chances of a Covid-19 outbreak.

Authorities have been going back and forth on whether the annual Ramadan bazaars should be allowed to open, and how would it operate during the nationwide lockdown.

Previously the government had planned to allow bazar Ramadans to open in certain areas under specific guidelines and restrictions.

Some states were even planning to innovate by opting to host this yearâ€™s Ramadan food bazaars online.

But thereâ€™s also been pushback to the idea by members of the public who petitioned for this yearâ€™s Ramadan bazaars to be canceled due to risks and fears of the viral plague.