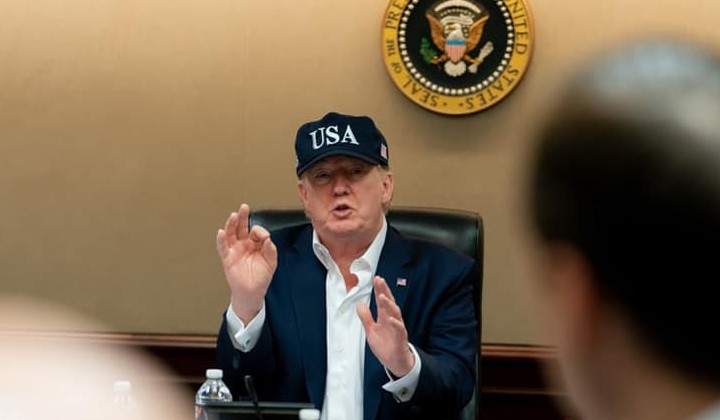 Once again US President Donald Trump makes everyone question his critical-thinking skills when he announced that the United States will be cutting its funding to the World Health Organization (WHO) in the middle of a global pandemic, of which the US has the highest recorded deaths.

Despite the adverse effects this move would have on his own citizens, Trump is running this thing like his personal reality-TV drama. He claims that WHO has been mismanaging information since the early days of the outbreak and is too “China-centric”.

In fact, apparently he’s thinking about suing them, for good measure, for “bowing down” to Chinese government pressure.

“China-centric” here refers to a supposed deferential behaviour to countries because- surprise, surprise- the World Health Organisation is an international institution created by and responds to its member states.

In the same way that WHO was deferential to the Democratic Republic of Congo during the Ebola outbreak, WHO now defers to the China government over the Covid-19 pandemic.

The WHO doesn’t have “an agenda” because it’s not as much of a single entity than it is a loose group of countries sitting in the same room.

Jeremy Konyndyk, from the Center for Global Development WHO, says that “WHO is a pretty convenient scapegoat because they can’t fight back. They can’t and don’t criticise their member states. If the US is lobbing accusations at them, they kind of just have to sit there and take it, just by design.”

Political horseplay aside, the slashing of funds to the WHO will mean that the Covid-19 pandemic will lengthen and worsen globally, but especially in those countries getting direct help.

Ironically, the US itself seems to be struggling to deal with the outbreak in their own country, allegedly resorting to ‘modern piracy‘ by diverting face masks away from other countries during transit, though the US have denied it thus far. This comes hot on the heels of news that the US has tried to end 3M face mask exports and tried to buy the sole rights to a potential Covid-19 vaccine.

But then again, when has Trump ever done anything within reason?