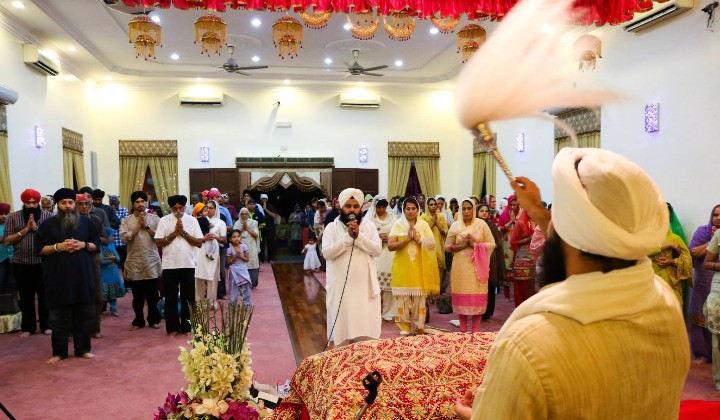 In Malaysia, the most widely known festivals attributed to the local Indian community are Deepavali and Thaipusam.

However, Malaysia’s Indian community is far more diverse than most would realise. Besides the predominant Tamil community, there are the Malayalees, Telugus, Punjabis, Sindhis, Gujaratis. Many also practice Islam, Sikhism, Buddhism, Jainism and Bahá’í.

This means that there are plenty of significant celebrations and festivals throughout the year in the Malaysian Indian community, but the month of April just so happens to be a pretty big deal for many in the community.

These three celebrations tend to fall around the same time in mid-April, usually with one day difference, and are quite important to the communities as they usher in new beginnings for the year.

Vishu heralds the beginning of the Malayalee New Year.

On this day, the most significant event is the sighting of the Vishukkani at dawn which is believed to bring luck throughout the year.

The day is filled with feasting or Sadya of traditional vegetarian dishes of sweet, salty, sour and bitter served on a banana leaf. ‘Veppampoorasam’ (a bitter preparation of neem), Kanji (drink made of rice, spices and coconut milk) and ‘Mampazhapachadi’ (a sour mango soup) are typically served.

Celebrated widely by the Punjabi and Sikh communities around the globe, Vaisakhi is a highly important celebration.

It began as a traditional harvest festival in the Punjab province, and later on celebrated to commemorate the formation of Sikh’s Khalsa identity in the late 17th century. The baptism of Sikhs into Khalsa is seen as a step towards emancipation from class, creed, race and gender, while fighting oppression and upholding righteousness.

The Khalsa identity is visually seen in the form of unshorn hair (kept in a turban) and wearing of stainless steel bangle.

On this day, Sikhs will go to the gurdwara to pray and sing hymns. Free vegetarian meals are served to anyone who enters.

The first day of the Tamil solar calendar is marked by the month of Chittirai. As it’s the New Year, it’s a day to usher in new hope as well as good health, wealth, peace and prosperity.

On the eve of Puthandu, a platter of fruits and vegetables with Neem flowers and leaves, new clothes, gold or silver jewellery and cash is placed in the prayer room in the house in front of a mirror.

The next morning, sighting the reflection of the platter soon after waking up is a symbol of prosperity. After taking a bath and wearing new clothes, the entire family will complete prayers for the occasion.

While these celebrations are typically grand each year, this pandemic along with the Movement Control Order means that this year’s celebrations will be a quiet, contemplative one.

Community leaders have advised everyone to celebrate at home, and enjoy the time with family.

Some have even taken online as the Malaysian Sikh community celebrate e-Vaisakhi during the pandemic. Devotional hymns, prayers and sermons are streaming online on local Sikh websites and social media channels.

So, while the celebrations may be different this year, the spirit of community is still the same.

May Water Bills Higher Due To April and March Adjustments, Says SPAN

AirAsia May Begin Domestic Flights Again At The End Of April