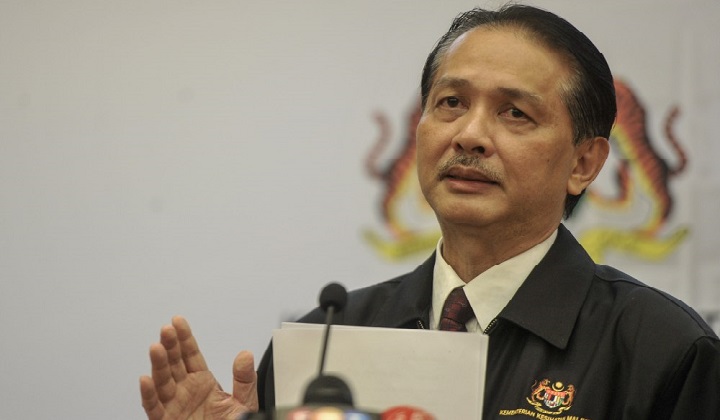 Brace yourself Malaysia, the Health Ministry has identified a new cluster of Covid-19 infections.

The source of this â€˜Italy Clusterâ€™ is Case 1,580 – a woman from Kuching, Sarawak who had been to Italy but did not disclose this information upon her return.

Though she carried the coronavirus, she was asymptomatic and is believed to have ignored the 14-day quarantine order.

This led to her spreading the virus to at least 37 people, eventually leading to 5 deaths and one in critical condition requiring ventilation. Among the 5 fatalities included a family of 3 that perished.

It was previously reported that the 79-year-old victim was only found to be positive of Covid-19 after her death at a private medical centre in Kuching.

According to Dr Noor Hisham, this cluster has involved infections up to the third generation.

The first case was discharged from the ward even though they were positive, but because serology was used, the result was negative. When itâ€™s negative, we discharge patients. The patient went home and infected a family. One case alone can infect up to 37 people. This caused deaths.

Returning Malaysians May Cause Rise In Cases

As Covid-19 rages across the globe with 180 countries recording infections, the Health Ministry is warning of a surge from imported cases.

Iâ€™m worried because if imported cases are not managed well, we (might) get an exponential spike in the number of cases in mid-April because the incubation period is about two weeks.

The concern is legitimate as China, which was initially recording a drop in infections last month, is now battling a surge of Covid-19 cases brought from overseas.

So the Health Ministry is practically begging at this point for the public to provide honest and accurate information on any history of travelling overseas as well as close contact with confirmed Covid-19 cases and any gatherings announced by the ministry as related to infection transmission.

While returning Malaysians were instructed to undergo 14-days quarantine when the Movement Control Order (MCO) was implemented on 18th March, it was only made compulsory beginning 3rd April.

Malaysians returning from abroad are now brought straight from the airport to designated quarantine centres to undergo their compulsory 14-day quarantine.

To date, 752 people returning from overseas were being quarantined in selected hotels where 8 are undergoing further testing for displaying symptoms related to Covid-19.