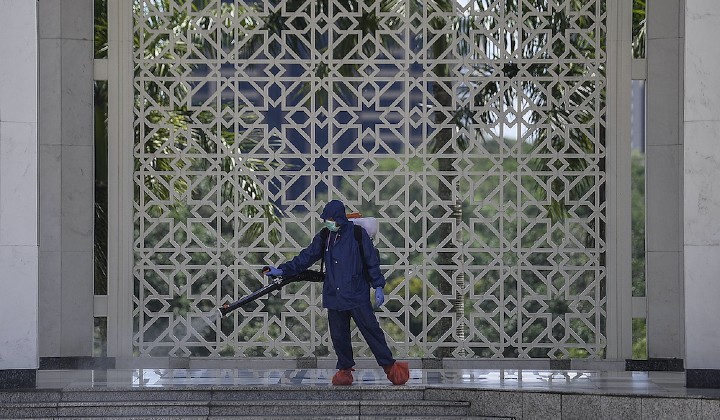 The government is conducting a large-scale cleaning and disinfection exercise at 47 locations within six states around the country – Selangor, Perak, Johor, Negri Sembilan, Kedah, and Kelantan to contain the spread of Covid-19.

The Minister of Housing and Local Government Zuraida Kamaruddin said the exercise will be in COVID-19 red zones, including areas under the Enhanced Movement Control Order (EMCO) and orange zones where the cases range from 20 to 40.

She said the Ministry via the Fire and Rescue Department is handling the operation and the Solid Waste Management and Public Cleansing Corporation (SWCorp) is carrying out the public sanitisation works.

Perak has carried out operations in the state in public markets, parks, places of worship and police stations. Recently the Ipoh train station and Tapah district police station were disinfected.