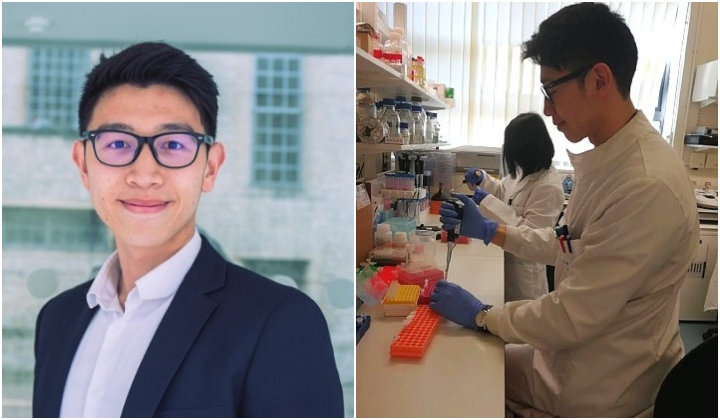 As scientists ramp up their efforts in the global battle against Covid-19, a few of Malaysiaâ€™s brightest and brilliant have begun making quite the impact.

Meet Lim Boon Chuan, a Malaysian PhD student in the University of Oxford who had a hand in developing the universityâ€™s new rapid testing technology for COVID-19.

He told New Straits Times that he was brought onto the project by Prof Wei Huang, his supervisor, with the role of designing and running all the experiments.

As a result, the team successfully created a new viral RNA test capable of giving results in just 30 minutes! Thatâ€™s over three times faster than the current RNA testing method in use to detect the virus.

According to the university, this technology is pretty uncomplicated. It requires only a simple heat-block which maintains a constant temperature for RNA reverse transcription and DNA amplification, and the results can be read by the naked eye.

We can use a single temperature, which is 65Â°C for half an hour to see the results.

The diagnostic kit has also been validated with real clinical samples at Shenzhen Luohou Peopleâ€™s Hospital in China. The results were confirmed with Real-Time Reverse Transcription-Polymerase Chain Reaction (rRT-PCR) – which is the current testing method for COVID-19 in Malaysia where the results take a few days.

Not only that, the scientists have also stated that the technology is also far more sensitive than COVID-19 test kits currently available in the market. It specifically recognises the novel coronavirus SARS-CoV-2 (COVID-19) RNA and RNA fragments, NOT antibodies in the blood that only appears 5 to 8 days after infection.

This means that patients in the early stages of infection can be identified faster, healthcare officials can test more people in a shorter time frame, isolate the infected and treat them sooner, thereby greatly reducing the spread of the virus and potentially saving millions of lives.

Home testing is the next goal, Boon Chuan told New Straits Times, something that can be sent to households instead of possibly infected people coming out to testing facilities and hospitals.

In the United Kingdom, if you go for tests, it takes three days to come back (to retrieve the results). But if we are able to produce or design something that people can use to test at home, they can get the result within half an hour without a cycle of temperatures.

The Oxford scientists are now working to develop an integrated device so that the test can be used at clinics and airports as well. While theyâ€™re planning to run clinical validations within the UK, the team is exploring options for production of the test kits and planning further collaborations with universities and hospitals there.