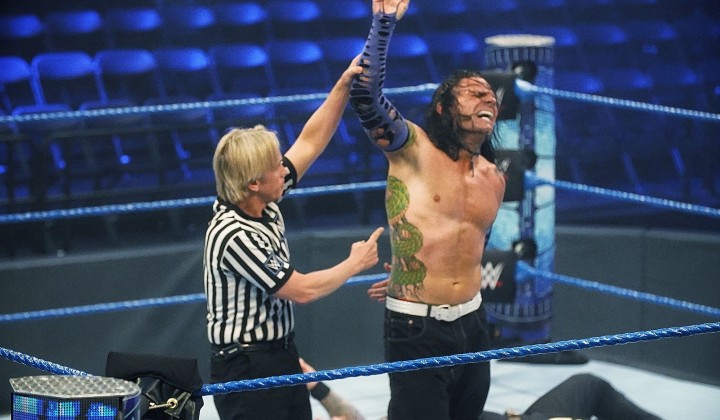 Despite the spread of COVID-19, the show must go on for the World Wrestling Entertainment (WWE) who continued on with their weekly television syndication, Smackdown, in an empty arena.

It was a strange sight to behold as usually stadiums would be packed every time the world’s biggest wrestling promotion comes to town with people holding up signs and cheering on for their favourite wrestler.

COVID-19 has affected many countries around the world, prompting organisations and governments around the world to postpone or cancel upcoming public events to curb the spread of the coronavirus.

Audience or no audience, this is still a beautiful sight. #SmackDown @JEFFHARDYBRAND pic.twitter.com/sHcImUUxvI

The predicament didn’t deter the performers, including wrestling veteran and WWE Hall-Of-Famer, Stone Cold Steve Austin who even tried to “interact” with the crowd during the show.

What’s funny about the segment was that the camera even cut to the empty stands when he tried to rally the audience.

It takes a certain kind of performer to pull this off and even without having the crowd behind his back, Stone Cold still nailed it.

Viewers commented the show looked like it was a rehearsal and some even compared it to Broadway, a theater in New York but they were entertained nonetheless and appreciated the effort of the performers.

I want this gif put in the Hall of Fame. #SmackDown

You can file John Cena hanging around and watching 205 Live after #SmackDown under things you love to see.