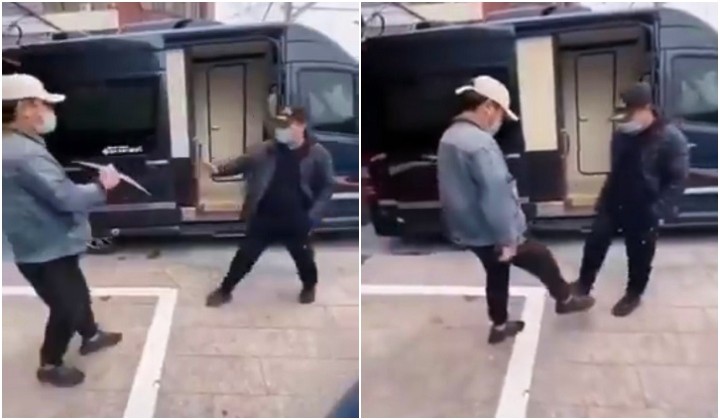 As the number of Covid-19 cases continue to spread globally, people are quickly learning to adapt safe practices to prevent infections.

While weâ€™ve seen serious educational guides, it seems that jokes and rap dances might be the new way to effectively teach people how to limit the spread of this novel coronavirus.

The Wuhan shake is simple enough to do. Instead of using handshakes or hugs to greet people, you just tap your feet against one another â€“ basically a foot shake.

The trend appeared to have emerged from a light-hearted video from China, but it has since taken over social media and mainstream media for its simple brilliance.

Newscasters from Singaporeâ€™s Channel News Asia have demonstrated the Wuhan Shake on air and even the President of Tanzania was spotted doing the leg shake with a veteran politician at the State House.

The popularity of this trend follows calls of health officials around the world to refrain from hugging and kissing as greetings. Franceâ€™s health minister had warned French people to resist doing the nationâ€™s customary double-cheek kiss, while Malaysians have been urged to use the â€œSalam Malaysiaâ€ gesture by placing one hand over the chest instead of shaking hands.

Since the novel coronavirus is believed to spread via droplets that can be spread from coughing and sneezing, hands-free greetings such the Wuhan Shake and â€œSalam Malaysiaâ€ are effective preventative measures.

At any rate, thatâ€™s less hand sanitiser wasted and the perfect excuse to just â€œshake legsâ€!