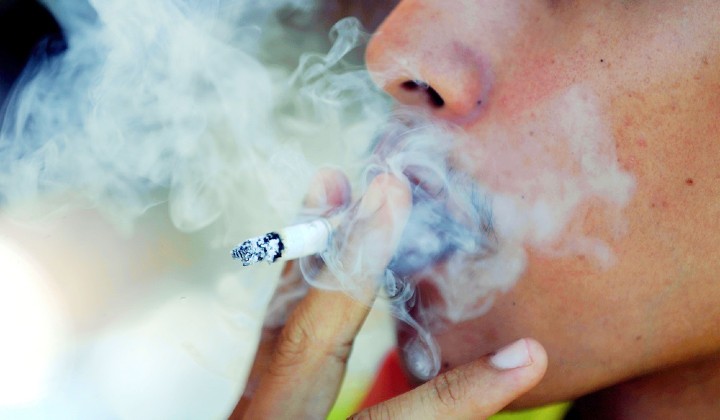 When news portals started reporting that a new coronavirus had emerged from the depths of a Wuhan fresh produce market, fears of infection spread faster than the actual virus.

In Malaysia, health officials, doctors, and researchers acted immediately to contain the outbreak, while most of the public scrambled to their nearest pharmacy for some face masks and a bottle of hand sanitiser.

But it turns out that COVID-19 doesnâ€™t infect all patients equally. In fact, the virus appears to be affecting a specific demographic more than others.

Scientists have noticed patterns with past outbreaks too

An influenza virus in 1918 particularly affected young adults. The Zika outbreak had an especially devastating effect on pregnant women and the babies in their wombs. SARS (severe acute respiratory syndrome) which also started in China in 2002 affected those over 60 years old the hardest.

Figuring out which group of people might be most vulnerable to a particular disease is important to help health officials and communities respond better.

For example, a pregnant woman with Zika should be given the utmost medical attention from the start, rather than waiting until their condition worsens.

A study published on 24th February in The Journal of the American Medical Association looked at the first 45,000 cases that were confirmed in China to broadly examine how COVID-19 operates in humans.

The study found that so far, children aged 1-9 account for only 1% of all infections in China, and none of these cases resulted in death.

Interestingly, COVID-19 doesn’t seem to spread through maternal transmission. One study found that nine women who were infected with the virus did not pass the virus on to their babies. So far, there have also been no reports of babies dying from COVID-19.

At the moment, scientists have no idea why children seem to be protected. Especially since children usually act as a carrier for disease.

A few possibilities considered was that childrenâ€™s bodies might be better able to handle the effects of the virus. Or, perhaps the virus doesnâ€™t replicate well in them for some reason.

Our men are in jeopardy

The study also suggests that men were more vulnerable to COVID-19 compared to women, considering the fact that men make up more than half of the confirmed cases in China.

On top of that, the trend shows that male patients have also been dying twice as often as female patients. The death rate among men was 2.8%, compared to only 1.7% among women. However, there has not been enough strong evidence to make any conclusions.

Could smoking be the culprit?

Several experts have attributed the fact that men are more susceptible to the virus due to their smoking habits.

This theory is a bit difficult to confirm though, as there has not been enough data collected to prove a correlation between smoking and COVID-19 infections.

Healthy individuals are less at risk

Itâ€™s possible that the increased fatality rate in the elderly is likely because many of them already have pre-existing health issues.

The study looking at the 45,000 confirmed cases in China found that patients with heart disease had a 10% mortality rate. Meanwhile, those with diabetes had around a 7% mortality rate.

Which means, being in good shape and taking care of your general health by getting enough sleep, exercising, eating well, and getting your annual shots is so much more important now. Doing this can actually help you be prepared for outbreaks such as COVID-19.

However, these fatality statistics could change as COVID-19 continues to spread across the globe.

On 28 February, just as Malaysiaâ€™s last confirmed COVID-19 patient recovered and discharged, health officials found another person who tested positive for the virus. The patient is a 53-year-old Malaysian woman who had recently travelled to Japan. She is the 23rd confirmed case in the country.

Health professionals advise against any foreign travel that isnâ€™t absolutely necessary for now, especially for those 65 years or older.

Besides that, taking the usual precautions like practising general hygiene and keeping up with the news about where the virus is spreading is probably a good idea too.

For more tips on how to protect yourself during an outbreak, we covered that here.

MOH: Please Don’t Wear Your Mask On Your Arm Or Dangle It Off Your Ear