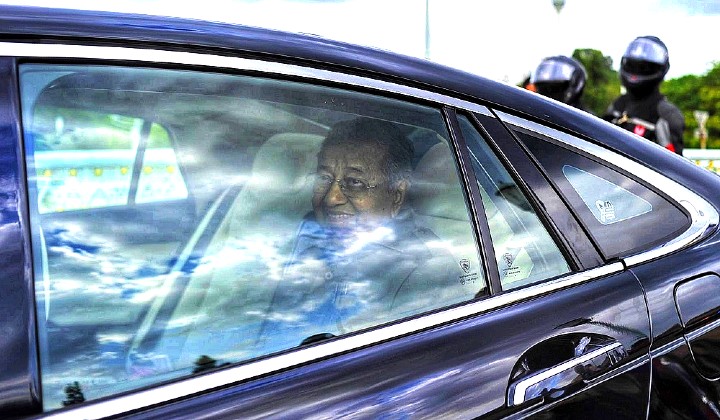 When Malaysia found out that our beloved Prime Minister, Tun Dr Mahathir Mohamed handed in his resignation to the Yang di-Pertuan Agong on Monday, we were shocked, worried and confused.

Then, when we found out that he was immediately appointed as interim Prime Minister, we were confused and convinced that our political system has basically failed and the country is doomed.

But the truth is, Malaysia has had an interim prime minister a bunch of times, we just never realised it.

The concept of an interim prime minister, however, may not be expressly stated in law, but it is done by convention, which means it is common practice.

Malaysia has technically had many interim prime ministers

Every time a prime minister passes away while still in office, or steps down, the member of the Cabinet who takes his place is basically an interim prime minister.

One easy example is when Tun Abdullah Ahmad Badawi stepped down from being Prime Minister in June 2009. This was before the end of his term, and so the Deputy at the time, Datuk Seri Najib Razak took his place.

In this sense, Najib was considered an interim Prime Minister because he didn’t win the position from an election. Instead, he was a senior Cabinet member who took over power until the next general election.

Another example was when Tun Abdul Razak passed away while still in office in January 1976. He was seeking medical treatment in London when he died. After news of his passing reached Malaysia, Tun Hussein Onn, who was the Deputy Prime Minister took over and sat as interim Prime Minister until the following general elections, just like Najib.

Of course, in both these examples, Najib and Tun Hussein were officially commissioned into the position by the Yang di-Pertuan Agong and took the oath of office.

But, if you look at all our past prime ministers, they all came into office in the middle of a term because the former prime minister either died, or stepped down. The only Prime Minister whose term began from a general election is Dr Mahathir during GE14.

Though there was that one time when it did matter

The only other occasion when an interim prime minister was a big deal was actually during the May 13th riots.

After the government declared a state of emergency following the incident (darurat), a caretaker government was formed and chaired by Tun Abdul Razak, making him the de facto caretaker Prime Minister until peace was restored.

But our current circumstance isn’t quite like May 13th

May 13th was a state of national emergency, while our current situation is more of a political crisis which was triggered by Dr Mahathir’s resignation and the resulting dissolution of the Cabinet.

These two events are also part of the reason why Dr Mahathir was appointed as interim after handing in his resignation. Since his Cabinet had dissolved, there was no deputy prime minister for the Yang di-Pertuan Agong to elect as interim.

Furthermore, it is pretty much general knowledge that out of all the members of Parliament, Dr Mahathir is the one person everyone can agree on to be prime minister and this is possibly the reason why the Yang di-Pertuan Agong chose him.

One possible outcome of this “mess” is speculated to be the formation of a unity government, but at this point, who really knows what’s going to happen other than the Agong himself?