7 years ago, Malaysia was invaded, this is the story of the invaders. 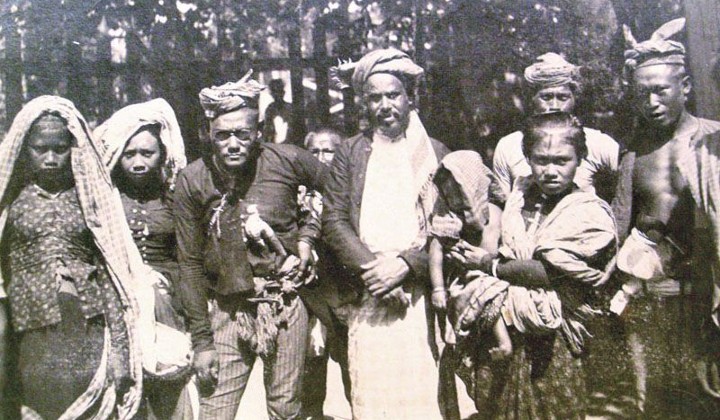 It has been 7 years since boats crossed the Sulu sea carrying a group of around 200 men who were determined to reclaim what they thought was part of their ancient kingdom.

They were the part of the Royal Army of Sulu, a group under the command of the late Jamalul Kiram III – a self-proclaimed monarch of a kingdom that used to be one of the largest in Southeast Asia.

The Sulu Sultanate has withered in power and influence and is now relegated to just a corner in the southwest of the Philippines in the Jolo island cluster – near Mindanao.

When they first landed on shore and regrouped in Lahad Datu, demands were made against the Malaysian government to reclaim Sabah, a Malaysian state which used to be part of their territory.

Who are the Sulu and why were they interested in Sabah?

On 11 February 2013, the followers of Jamalul Kiram III landed on Sabah shores in their bid to restore their former territory in Kampung Tanduo, Lahad Datu.

The invasion turned bloody when a shootout occurred between the insurgents and the police which prompted “Ops Daulat” to flush out invaders.

The conflict lasted for two months with multiple skirmishes occurring between Malaysia’s armed forces and both sides recorded casualties throughout the conflict.

In total, the Lahad Datu incident reportedly saw a total of 68 casualties – 56 rebels, 9 from the Malaysian authorities and 6 civilians.

9 Filipinos were charged with the death penalty for waging war against the Yang di-Pertuan Agong, including Basad Manuel, the son of the late Jamalul Kiram.

Although there are many pretenders to the Sulu throne, the Sultanate actually dates back to the 15th century and was recognised by the Brunei Sultanate as one of the oldest and largest in the world at the time.

The Sulu is an ethnic group that now primarily resides in Jolo, at the southeastern tip of the Philippines but they have settled in Indonesia and Malaysia, namely Sabah.

They are also known as the Moro – a named used to refer to Filipino Muslims coined by the Spanish, also used to refer to inhabitants of the ancient Roman province of Mauritania in northwest Africa.

Although Sabah was part of the Sulu dominion hundreds of years ago – which was given by Brunei for their help – there are three things that make it difficult for them to claim the state.

These are – the leasing or ceding of Sabah to the North Borneo Company, Spain relinquishing all Sulu territories in Borneo to the British, and the Cobbold Commission.

Sabah, previously known as North Borneo, was a territory of the Sulu before it was leased or ceded to the British after an agreement was made with the North Borneo Company in 1878.

Part of the agreement was a yearly payment of 5,000 Malaysian Dollars to the Sultanate until 2013, when the Malaysian government stopped paying the heirs of the Sulu Sultanate, according to Foreign Minister Datuk Seri Hishammuddin Tun Hussein.

During the time, many parts of the Philippines were already under Spanish rule which considered the Sulu Sultanate as a vassal that couldn’t dispose of territories without Spain’s consent.

Close to a decade after, a treaty in 1885 was signed between Spain, Britain and The United States where Spain relinquished all claims relating to northeastern Borneo to the British North Borneo Company in 1885 and it eventually became part of the British colony.

The territory governed by the British North Borneo Company had a coastline of over 600 miles and an area of more than 30,000 square miles.

The third issue is the Cobbold Commission in 1962 – a consensus that engaged Borneons on whether the locals were interested in joining Malaysia during which both Sabah and Sarawak agreed.

Although the 2013 insurgence centred around sovereignty claims, it’s not the first time that Sabah has been disputed.

In the early 1960s, a year before the state joined the Federation of Malaya along with Sarawak, the Philippines claimed the state as theirs but eventually withdrew.

Also known as the Baseline Law, its wording includes “the territory of Sabah, situated in North Borneo, over which the Republic of the Philippines has acquired dominion and sovereignty” – but this was amended in 2009.

Also in 1973, the Philippine constitution said the national territory comprises the Philippine archipelago, with all the islands and waters embraced therein, and all the other territories belonging to the Philippines by historic right or legal title.

This didn’t sit well with Malaysia but eventually, it was amended in the 1987 Constitution where the phrase was removed.

In 1977, Marcos formally announced the withdrawal of the Philippine claim to Sabah in his speech at the Asean Summit in Kuala Lumpur.

It wasn’t until more than 40 years later that Jamalul Kiram III decided to try and take over Sabah via Lahad Datu in 2013 but was thwarted by authorities a month after.

He died a few months later due to organ failure.