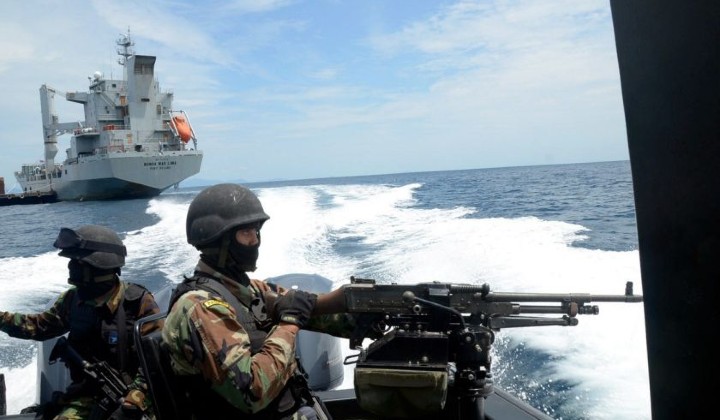 The Eastern Sabah Security Zone (ESSZone) is an area marred by kidnappings and murders over the years, so much so that Malaysian authorities have beefed up the border to ensure the safety of civilians and tourists.

ESSZone is an area located in the eastern half of Sabah which borders the southern tip of the Philippines.

Initiated after the Lahad Datu incident in 2013, ESSZone was established to increase the security at the eastern border against militant threats.

Although the invasion ended after around a month, acts of violence continued at the border, such as a 2014 shootout between marine police and Filipino terrorists in Pulau Mabul, prompting a curfew that has been on-going since 2014.

Everyone is required to stay indoors, and people are not allowed to be out on the water between 6pm and 6am.

Royal Malaysian Police (PDRM) said the extension is to ensure researchers, as well as foreign tourists at the resort islands, are safe from terrorist threats.

Why is there a security zone near the Sabah border in the first place?

The incident that gave birth to ESSZONE

The enforcement of ESSZone came after the Sulu invasion at Lahad Datu in 2013 which claimed 68 lives â€“ 56 invaders, 9 from the Malaysian authorities, and 6 civilians.

Initially, the government was willing to negotiate the issue before a skirmish broke out between the Filipino Sulu invaders and the police.

The border is monitored by the Eastern Sabah Security Command (ESSCom) which patrols the waters between the Sabah-Southern Philippine border.

ESSZone and ESSCom were established after Putrajaya realised that several settlements allowed for easy entry of illegal immigrants and stateless persons in Sabah which enabled the Sulu invasion.

Although the Sulu conflict has ceased – mainly after Jamalul Kiram III passed away due to multiple organ failures and Malaysian police flushing out remaining insurgents – the border was still under the threat of terrorists from the southern Philippines.

Since 2018, security forces have thwarted 40 kidnapping attempts in the waters off seven districts in the Eastern Sabah Security Zone (ESSZone).

Terrorist threats at the border

Although the threat from the Sulu has subsided, ESSZone’s curfew is still enforced due to another militant group wreaking havoc in the area – the Islamic extremists Abu Sayyaf.

Abu Sayyaf is a terrorist organisation based in the Philippines founded in the early 1990s to create an independent Islamic state in the southern Philippines and was responsible for multiple acts of violence.

The group has been notorious for kidnappings since 2000 with multiple incidents happening for close to 20 years.

In 2014, the country was rocked by the Mabul Island incident which saw one casualty (Corporal Rajah Jamuan) after a band of terrorists ambushed unsuspecting law enforcers.

One of the policemen, Constable Zakiah Aliep, was kidnapped by Abu Sayyaf during the incident but was released after continuous negotiations that lasted for 8 months.

After that, the terrorists continued their reign of terror with the kidnapping of 39-year-old Sarawakian engineer Bernard Then and 50-year-old Sabahan restaurant owner Thien Nyuk Fun from her restaurant in Sandakan in 2016.

Thien was released 6 months after but Bernard was murdered and decapitated, his head was discovered by a street sweeper in a sack near a municipal council building on Jolo Island in the Philippines.

In January 2020, the authorities confirmed that 40 cases have been thwarted due to the close cooperation between the Royal Malaysia Police, Malaysian Armed Forces and the Malaysian Maritime Enforcement Agency.