If you’ve ever wondered why your friend is called Raja, Megat or Wan, this one’s for you. 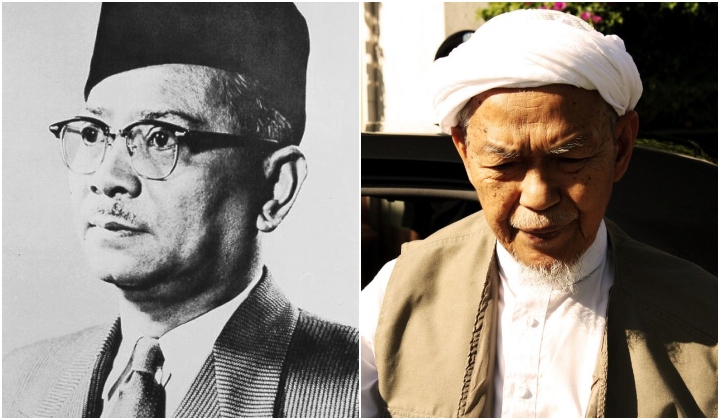 Although there are some people who would like to dismiss the importance of a monarchy and don’t get why being a Datuk is such a big deal, the truth is, these traditions represent the colourful history of Malaysia.

We’ve previously discussed non-inherited titles, such as Datuk, Dato’, Tan Sri and Tun, but there are Malaysians who also have inherited titles in their names.

Perhaps you know someone who is a Tengku, Megat or Wan, and you’ve always wondered why they were named that way.

How to get a name

These days, the National Registration Department generally gets to decide whether or not you’re allowed to use any of these inherited titles to name your baby.

The general rule is that the names are passed down through the patrilineal lines and fathers with these names are the only people who may use them for their children.

Historically, members of the royal family gained a title to their name when they were appointed a government position, such as when they became a Sultan or a Bendahara (a position equal to a Prime Minister in classical Malay kingdoms).

For example, the children of the famous Tun Mutahir of Pahang named his children Wan, just as he and his siblings were named. However, his two sons who became Raja Bendahara of Pahang gained the title Tun upon their ascension.

This probably explains why until today, most Malaysians are utterly confused when it comes to what these inherited titles mean, though the general understanding is that their family are a part of the kerabat a.k.a royal family.

We spoke to Prof Madya Awang Azman Awang Pawi, from the Department of Malay Socio-Culture and Arts of University Malaya to better understand this very complicated topic.

If the mother is a Nik, but the father is not. Then they cannot use the name Nik for their child. The name Nik must be clear in the father’s lineage.

Prof Awang to TRP (translated from BM to English)

Contrary to popular belief, as these names get passed down from generation to generation, they don’t change. Which means, if you trace a Tengku’s lineage, you will continue to find a never ending number of Tengkus no matter how far up the line you go.

Tengku is a member of the royal family.

Derived from the word Tuanku, Tengku was initially a title used for members of the royal family who were appointed as the King, the crown prince and those among the King’s immediate government (Orang Besar Berempat).

As time progressed, eventually, the royal family used the title Tengku (as well as Tunku, Engku, Ungku or Ku which are also all derived from Tuanku) as a part of their children’s name.

The word Raja comes from the Sanskrit word “Rajan“, which means “The King”.

The use of the Raja as a part of a person’s name can be seen as far back as Parameswara‘s descendents, such as Raja Kassim, the fifth Sultan of Malacca who took the name Sultan Muzzafar Shah upon his ascension in 1445.

The first Sultan of Pahang, Sultan Muhammad who ruled from 1470 to 1475, was also called Raja Muhammad prior to becoming the King.

In this sense, the usage of the title Raja as a name for members of the royal families is very similar to the use of Tengku.

Perlis is the only Malaysian state that still uses the title Raja for their Sultan, making Raja a word used as both a title and a name in present times.

The name Megat is said to be derived from the Minangkabau word “Maha Gaek” which means “Great One”.

Those with the name Megat are likely related to the famous Megat Terawis.

Megat Terawis is believed to have been of royal descent as he was the son of the King of Pagar Ruyung and was supposed to inherit the throne. However, he chose to become the Bendahara of Perak instead, which explains why Megats are commonly found to be from Perak.

Prof Awang to TRP (translated from BM to English)

The female version of Megat is Puteri.

It is also a common practice to name a child with the titles Megat or Puteri whenever the mother comes from royal blood (Raja or Tengku) and the father is a commoner.

This idea came from the fact that one of Megat Terawis’ descendants, a man named Megat Menjanas married the daughter of one of the Perak Sultans. Obviously, his descendants were named Megat and Puteri. So, people generalised the rule.

Like Megat and Puteri, Meor is also commonly found in Perak. However, this name’s origin is believed to have Arabic roots.

Unlike Tengku, the Meor name follows the mother’s lineage.

Meors are of Arab descent and is the name usually given to the child of a Sharifah who has married a man who is not a Syed.

Prof Awang to TRP (Translated from BM to English)

Although these days, the title Tun is more commonly known as a non-inherited title, such as the one conferred to Malaysia’s fourth (and seventh) Prime Minister, Tun Dr Mahathir Mohamad, it can also be an inherited title.

According to Prof Awang, those who have inherited the name Tun are thought to be descendants of Tun Mutahir, the Bendahara Sri Maharaja of Pahang who ruled the state from 1847 to 1863.

At the time, Pahang was under the rule of the Sultanate of Malacca who also held the state of Johor. Therefore, Tun was also used by the nobles of these three states.

The name Nik can be traced back to the early days of Kelantan royalty, as far back as the 1500s.

Nik is also a common name found in Terengganu and Pattani as well.

According to Prof Awang, there are two origins of the name Wan.

In Kelantan, those named Wan are believed to be descendants of the legendary  queen Cik Siti Wan Kembang.

Meanwhile, Wan is also said to have originated in Kedah during the Siamese invasion and then spread to Perak.

Apparently, Wan is derived from the Malay word for warrior (pahlawan), and those with the name Wan are descendants of Kedahan commanders (panglima-panglima Kedah).

Prof Awang states that there are also Wan’s that originate from Sarawak. They are believed to have Arabic ancestry.

According to Prof Awang, Awang and Dayangs are descendants of Pengiran (Brunei royalty) who migrated to Sarawak.

To hide their identity from the Brooke family as well as the result of a family feud between Pengirans and the Brunei royal family, the Pengiran’s changed their names to Awang and Dayang so that they could proceed undetected in Sarawak.

In Sarawak, there are also those named Abang and Dayang. These are descendants of the Malay aristocrats of Sarawak who worked in James Brooke’s palace.

They are also strongly linked to the descendants of Datu Abang Merpati Jepang from Minangkabau.