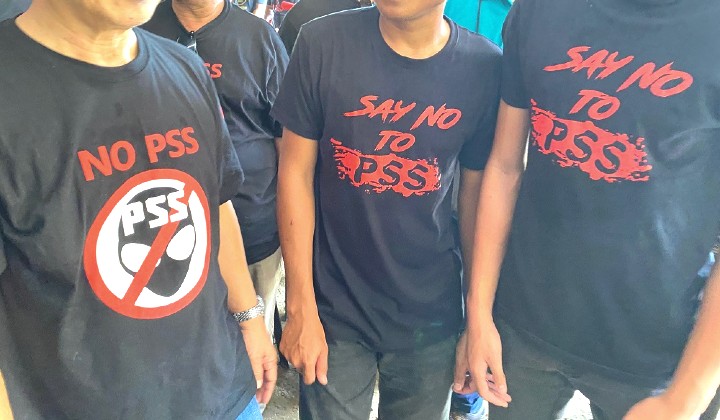 The Sabah Temporary Pass (Pas Sementara Sabah/PSS) is a heavily politicised issue and major talking point in the January 2020 Kimanis by-election in Sabah.

PSS is set to replace three documents – the IMM13, the Kad Burung-Burung, and Sijil Banci that are used by Filipino migrants living in Sabah.

The card will cost RM120 and is renewable every 3 years besides boasting biometric security features such as fingerprinting and profile pictures.

Cardholders are also able to travel to the Peninsular for a month after obtaining the necessary permission from authorities.

It’s a subject of criticism by the opposition that affects over 100,000 people, but what is it?

The immigration issue in Sabah isn’t something new as Filipinos have been migrating into the state for more than a few decades, mostly to escape the violence in the Mindanao region.

During the 1970’s, refugees were given the IMM13 document which allows them to work and raise families in Sabah but under the condition of them returning back to their home country once peace has been achieved there.

Forty years on, the descendants of these migrants prefer to stay in Sabah and are no longer accepted as citizens by the Filipino government.

Then in the 1980s, a new document called Kad Burung-Burung was then given to economic immigrants, followed by the Sijil Banci which was given to migrants in the 1990s.

The IMM13 was issued by Immigration, the Kad Burung-Burung by the Chief Ministerâ€™s Department, and the Sijil Banci by the National Security Council.

According to a 2015 Malaysian census, despite being the third-most populated state in Malaysia with 3.53 million people, Sabah has highest number of non-citizens at 870,400.

This was attributed to the influx of foreigners from the Philippines who work as labourers.

Besides the increase in population issues, there are also instances where syndicates forge the documents and charge immigrants between RM400 and RM2,500 for a Sijil Banci even though the government stopped issuing the document since 1996.

Not only that, but there are also fears of another “Project IC“, an allegation that migrants were given Malaysian identification cards in the ’90s.

Those who oppose PSS

Those who oppose the implementation of PSS see the new document as a pass for illegal immigrants to enter and settle down in the state which they say will dilute the rights of Sabahans.

There were also calls for more research before it can be implemented in the state as the current government still has 3 years to go before the next general election.

They fear that if implemented carelessly, it will be abused, defeating the intended purpose of the document.

Those who support PSS

The parties which support PSS see the card as a way to streamline the documents to make it easier for the Immigration Department to enforce the law.

Home Minister Tan Sri Muhyiddin Yassin deflected claims of PSS as a “license” to obtain citizenship, and maintained that it is to keep track of the actual population in the state.

He also said PSS holders do not same rights as Malaysians, as their movements are limited within Sabah and added that it will be mainly used as documentation for education, employment, healthcare and marriage.

Academicians also had a say in the issue, saying that it’s the right move by the government to overcome the documentation issue in Sabah and also to monitor immigrants.

What do the locals actually think?

Although it’s a major political issue raised by politicians, the residents of Kimanis appeared indifferent towards PSS.

Even the solidarity rally opposing PSS had a poor turn out because Kimanis residents weren’t interested and it was only attended by those living outside of the district.

There was another rally with 500 attendees but Sabah Chief Minister Datuk Shafie Apdal questioned whether the protestors are actually from Kimanis and whether they represent what Sabahans actually want.

Based on previous reports, what the people of Kimanis actually care about is one thing – infrastructure for the villagers such as fixing existing roads and improving the connectivity between the village and the outside world.

What do you think about the PSS issue? Let us know on ourÂ Facebook,Â Twitter, orÂ Instagram!