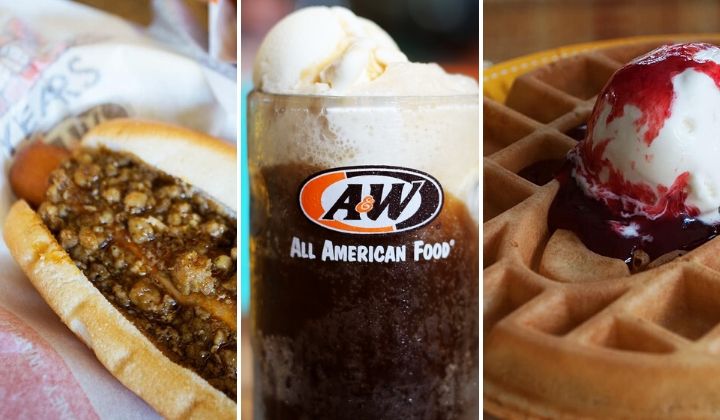 When A&W announced that they are finally shutting down their iconic PJ drive-in outlet this year, it seemed to many of us like the end of an era.

While they may not be the fast food company with the most outlets in Malaysia, A&W was definitely the first fast food company to open an outlet in the country back in 1963. As such, it’s no surprise that news about the PJS 52 outlet’s closure became a trending topic last week.

The fast food of our childhood

With it being the first American fast food to open in Malaysia, there’s naturally a lot of nostalgia associated with the A&W brand. Our parents probably remember it as the first fast food joint they’ve visited; and some of us may have had birthday parties at the restaurant as kids.

A short history about American fast food in Malaysia

According to The Star Online, eating at fast food restaurants was a trend in Malaysia that began with the opening of the first A&W outlet in Jalan Tuanku Abdul Rahman. It was the first time that Malaysians could enjoy American style burgers and fries in the country, and A&W was pretty much a household name at that time.

They were the ones who started selling the real OG curly fries when we were still kids. They are also the only fast food restaurant that sells onion rings – pretty much the only way I would eat onions when I was younger.

A&W’s waffles with ice cream and strawberry topping, for me, is always linked to special occasions. It’s a treat my aunt would buy for me back then when she used to bring me out during the weekends. As for their famous RB with float, it’s a ‘post-exam celebratory drink’ my friends and I would have after exam days in secondary school.

And hopefully, A&W continues to be a treat for our children too

We can all agree that A&W will always have a special place in our hearts, no matter at which stage of life we’re currently at. While the long-serving PJ drive-in restaurant is closing down, the fast food company has decided to expand its business from the current 49 outlets to having a total of 124 by 2024.

Along with the expansion plan, there will be changes to the menu as well. Our favourites like RB with float, waffles, onion rings, and all won’t be going away – but they’ll be introducing new ones like Waffle-To-Go, sorbet RB with ice cream, and more.

Just like how A&W was a treat for us back then, hopefully with this expansion, it’ll continue to be a treat for our kids as well.