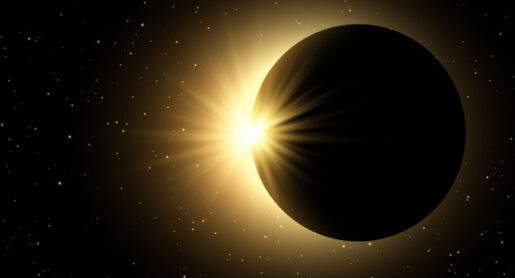 Get your solar glasses and pinhole cameras ready as Malaysia will experience a solar eclipse a day after Christmas â€“ 26 December.

On the same day, different parts of the country will experience two types of eclipses: annular and partial.

The annular solar eclipse will happen in Kukup and Tanjung Piai, Johor at around 1:22 PM and in Sarawak (Serian and Seri Aman) at around 1:51 PM.

Solar eclipses are due to the movement of the moon and the earth relative to the Sun.

Because the moon orbits around our planet, sometimes it will be situated between the sun and the earth, and casts a shadow.

This phenomenon is known as a solar eclipse.

According to Nasa, an annular eclipse happens when the moon is aligned between the earth and the sun.

Because the moon is further away from the planet, it wonâ€™t totally block out the sun as a total eclipse would when viewed from the earth.

But it does create is a â€œring of fireâ€ effect around the moon, hence the name, annular solar eclipse â€“ derived from the Latin word, annulus which means ring.

A partial solar eclipse is similar where the moon would also block the Sun but the difference is the moon, the sun and the earth are not aligned and the natural satellite will appear as a dark shadow on the surface of the sun.

The National Planetarium says that annular solar eclipses are a cosmic event that happens roughly once every 20 years.

This natural phenomenon had occurred last 21 years, specifically on 22 August 1998, and it will take another 20 to 22 years for it to happen again.

Despite happening once every vicennium, solar eclipses only last for a few minutes.

How to watch a solar eclipse

First off, itâ€™s not safe to directly watch a solar eclipse as it would damage your eyes and lead to blindness. If you still want to, experts recommend using solar eclipse glasses instead as it blocks out the majority of the sunrays.

Also, note that itâ€™s dangerous to use sunglasses as a substitute because they donâ€™t filter as much light as solar eclipse glasses do and can still damage your eyes if you wear them.

2. Use a pinhole projector

Another way you can view the eclipse is by making a pinhole projector. To make one, youâ€™ll only need two sheets of paper.

Puncture a hole on one of the sheets using a thumbtack and place it on top of the second sheet which will act as a â€œscreenâ€.

You will see an inverted image of the Sun on the screen through the pinhole. To make the image larger, simply hold the screen paper further away from the paper with the pinhole.

3. Use a solar filter if you want to take photos

Itâ€™s possible to use a camera to capture the eclipse but you canâ€™t just point your device to the sky and take a picture because that can literally melt the cameraâ€™s innards.

Experts recommend using solar filters on your camera instead before taking photos.

Donâ€™t forget to mark your calendars to watch a rare natural occurrence that happens once in a few decades and do take the necessary precautions to ensure that you can enjoy watching it safely.

Are you excited to see the solar eclipse? Share us your thoughts on our Facebook,Â TwitterÂ andÂ Instagram.