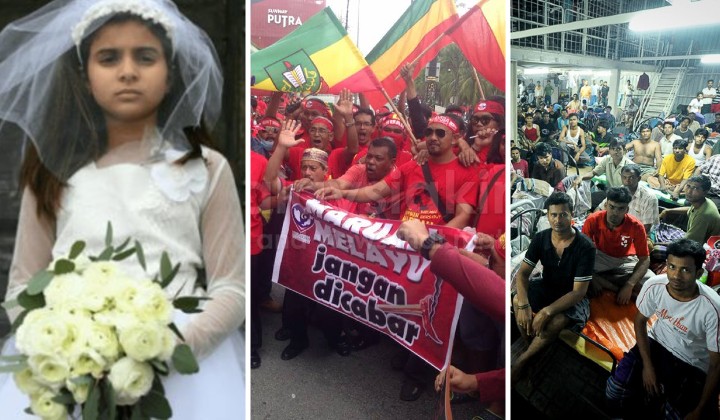 Did you know that the Universal Declaration of Human Rights was proclaimed in 1948 and lists a total of 30 fundamental human rights?

Yup, we have a lot more universal human rights than you assumed. Human rights are the basic entitlements that belong to each and every one of us regardless of nationality, background, or belief.

That being said, Malaysia is a little sketchy at following all 30 human rights laws. Here are the ones that we don’t adhere to completely:

1. Article 1: All humans are born free and equal in dignity and rights

Constitutionally, the Bumiputera in Malaysia are granted additional privileges that have evolved to being born with additional rights.

Race-based policies were introduced in Malaysia in 1971 under the New Economic Policy (NEP) as a means to increase economic and educational opportunities for the ethic Malays.

However, there are still ongoing debates about whether the NEP is considered discriminatory or a way to level the playing field.

The ratification of the International Convention on the Elimination of All Forms of Racial Discrimination (ICERD) would have strengthened Malaysia’s standing of Article 1, but immense pressure from certain groups led to the rejection of ICERD.

2. Article 15: Everyone has the right to a nationality

Those born to Malaysian fathers don’t face this struggle, even if they are born overseas.

3. Article 16: Marriage shall be entered into only with the free and full consent of the intending spouses, men and women of full age

Child marriages are prevalent in Malaysia, where children as young as 10 are married off by their family under Shariah law.

However, according to the United Nations, the children are not adults of full age at this point and cannot consent, which makes child marriages a direct violation of human rights.

4. Article 23: Everyone who works has the right to equal pay for equal work for himself and his family an existence worthy of human dignity

Foreign labourers who make their way into the country legally often still find themselves harassed and exploited.

Often times, they are coerced into working dangerous jobs without adequate protection and little pay. They are also forced to live in cramped accommodation housing more human bodies than it should.

Of course, the Universal Declaration of Human Rights are not law, but can be a reference point for the common standard of achievement for all peoples and all nations.

There’s a total of 30 basic human rights and you can read the full list here.

The good news is that Malaysia is making progress to create a fair and equal nation for its people, but there’s still a lot left to be done!