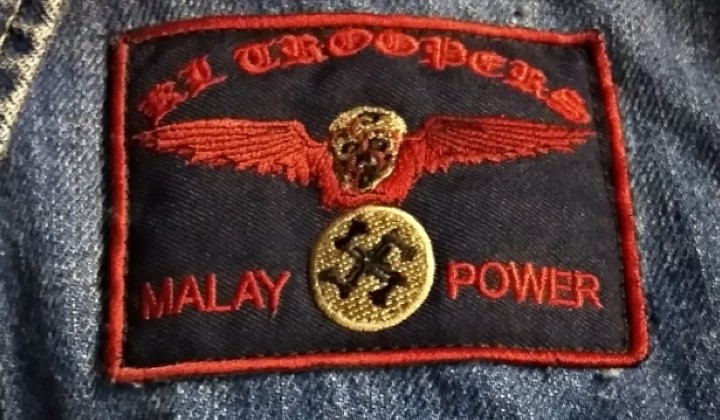 When a graduate student sieg heil-ed at his convocation and thanked Hitler for the ethnic cleansing of Jews, one common response was “Hitler would’ve put you in the gas chambers too for not being Aryan.”

Shockingly, the student in question also took his degree in History- which begs the question, didn’t he realize that Hitler’s history of hatred extended past just the Jews?

The holocaust wasn’t purely antisemitic. A total of 11 million people were incarcerated in the Holocaust, with 6 million of them being Jews.

The remaining 5 million victims simply didn’t fit in with Hitler’s ideal future: those with darker features, the blacks, the physically and mentally disabled, political opponents of the Nazis, resistance fighters, prisoners of war, and even members of the artistic community that Hitler disagreed with.

So did he blindly adore Hitler and antisemitism without considering if he fit in with Hitler’s racist vision? Maybe.

But more surprising were some positive reactions to his actions, which prompted us to wonder if there were actual neo-Nazis in Malaysia.

As it turns out, Malaysia does in fact have a small minority of neo-Nazi groups.

Malaysian neo-Nazis are acutely aware that they aren’t liked by neo-Nazis in other countries that follows the Aryan rule.

However, Malaysian Neo-Nazism isn’t about being a Nazi.

According to New Naratif, one musician from a Malay Power band claims that “National Socialism is for all who believe in a nation for one race, one leader, and one nation”.

Yes, we all talk about our racial supremacy. That is to boost our self-pride. We have no intention to invade other races’ lands. We just want to protect our own existence.

But the Malay Power bands are secretive and elitist. They are imperialists who keep their community invitation-only. Yet, they want outsiders to know that they “are the true owners of the region”.

In a Vice interview with another Malay Power band Boot Axe, Mr Slay claims that the Malaysian neo-Nazis are concerned with keeping a pure Malay community all over the Malay Archipelago.

The Malay Nazis are protesting the influx of immigrants into the country, claiming that these minorities are criminals dealing drugs and committing robbery, rape, and murder.

They want to follow the extreme Nazi intolerance based on race to protect the socio-economic position of Malays.

We’re extremists in regards to the Malay race, but that doesn’t mean that we’re extreme racists. It’s not about racism. It’s all about being Malay.

Deeyah Khan, a Muslim journalist and filmmaker talks directly to extreme racists for her documentaries. She attempted to get to the reason why extremist movements are so appealing to primarily young men.

What she found was that people who fall into extremist movements are often deeply rooted in a sense of victimhood, real or imagined.

In speaking to extremists, she discovered that much of their passion doesn’t come from hate.

It comes from a lot of other basic human needs that are not being met. To be sure, there are political and social and economic factors involved on both sides, but if you dig deep, you find that it’s about much more than that.

These men are angry, upset, and frustrated at the world. They are the victims to their own narratives, scared of being inconsequential, tired of being powerless.

Deeyah also notes that extremists do what they do because they know it scares the populace, which is true for the Malaysian neo-Nazis.

We make minorities afraid to commit crime in Malaysia. We always warn them not to cause trouble here.

Extremist movements are an almost spiritual need for some higher purpose, and the ideology itself is just a prop.

For them, it’s about feeling righteous and believing that they’re doing something important and meaningful in life.

That’s why Malaysian neo-Nazis justify using Nazi symbolism as the ideology to front their Malay supremacy.

A underground movement of extremists claiming racial superiority is concerning, but in the end, they are just a tiny vocal fraction.