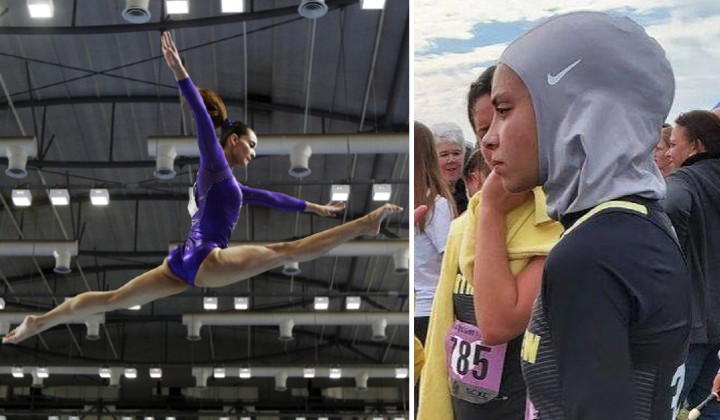 The game is rigged. It’s a long history of patriarchy, religious doctrine, and bigotry that has cornered Malaysia’s budding young athletes into a corner, just because they happen to be female and Muslim (or born in Terengganu).

Farah Ann, a national gymnast who has brought home gold medals and will be representing the country at the 2020 Tokyo Olympics, had to deal with extreme cyber-bullying from her own people over her uniform. For an athletic competition.

While Farah Ann may simply leap over such blind criticisms, the door for future gymnasts are closing even further as Terengganu withdraws from several sports-events as they deemed the events to “not conform to Islamic rules”.

The message Majlis Sukan Negeri Terengganu is sending is clear: If you are female or Muslim, your athletic ability means nothing.

They seem to ignore gold medals, achievements, and relentless years of training in lieu of criticisms over uniforms, clothing, and faith.

Ironically enough, while Malaysians kick up a storm over the lack of clothing that our Malaysian athletes wear, Muslim women on the other side of the world are facing the same discrimination for the opposite reason.

Earlier this year, Muslim athlete Noor Abukaram from the US had been running for her high school for an entire season and ending the final race infirst place.

She was then told that she had been disqualified because she was wearing an athletic hijab.

According to BBC, the Ohio High School Athletic Association (OHSAA) rule book states that religious headwear requires a waiver, which Noor’s coach failed to submit, and is often not enforced in other races.

However, Noor also states that when her team was being inspected, one of her teammates was notified of a dress code violation for short pants and was allowed to change, whereas Noor’s hijab had passed without comment.

Once again, the message is clear: If you are female and Muslim, your athletic ability is ignored to discuss your attire.

Most of the conversation being made about female Muslim athlete’s hijab and clothing comes from people who are neither female, Muslim, nor athletes. So why are we letting them dictate the conversation?

No one would ever imagine telling Sarawakian SEA Games gold winner Welson Sim that he wears too little in his swimming competitions, right?

No one’s complaining about this though, and we can definitely see why.

If you think that female Muslim athletes are being held to ridiculously contradictory standards, you are absolutely right- and you’re not alone.

Already, Syed Saddiq has spoken out against barring gymnastics in Terengganu, claiming that the Ministry of Youth and Sports will take over responsibility for Terengganu athletes who will be affected if the ban continues.

Fellow female athletes are also aware of Muslim athletes’ needs, as proven when a professional female footballer’s hijab slipped during the final Women’s League match in Jordan, and the opponent team surrounded her immediately, giving her privacy to readjust her hijab.

If the women athletes are able to accept and accommodate the needs of a hijabi without interfering in their sport, why shouldn’t we as a people be able to do the same?

The fight against bigotry is never-ending, but the silver lining is that there is a fight at all. No one is quietly accepting the sports ban in Terengganu or the discrimination against hijabi athletes.

We are all fighting for a fair fight- where athletes can just compete in their sports, without having to worry about what they wear.