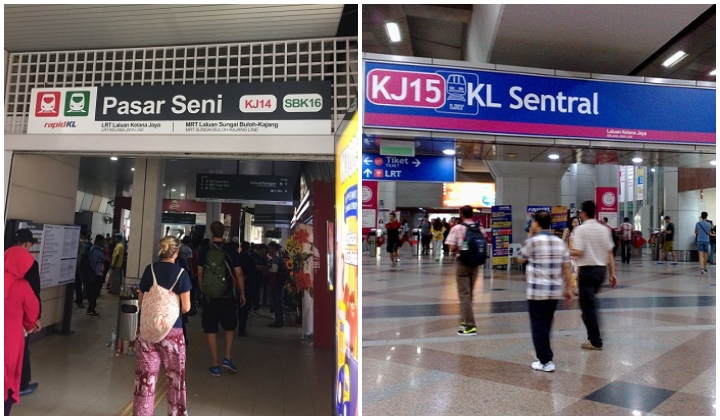 If you’re anything like this writer who gets nervous sweats
every time the train approaches KL Sentral due to the sheer volume of people battling
to get in and out of the carriages, here’s some good news for you:

With the opening of this bridge, the commute time is also shortened for KTM users who want to switch to LRT Kelana Jaya and MRT Sungai Buloh – Kajang lines.

What’s more, it will also help in easing the dreaded KL Sentral congestion that most LRT/ KTM/ KL Monorail users are familiar with.

If you’re worried about the amount of walking you’ll have to do to switch trains, don’t worry as the bridge is only 102 meters long AND equipped with fans and travelators!

According to the Prasarana Malaysia and MRT Corp press release, the 102-metre-long bridge was built by Mass Rapid Transit Corporation Sdn Bhd (MRT Corp) as per the MRT Sungai Buloh-Kajang (SBK) Line’s scope of work.

In the meantime, don’t forget to check out our articles on the struggles of taking the public transport if you are an LRT user HERE or a KL Monorail user HERE.

Are you a frequent user of LRT, MRT or KTM? Let us know how this new pedestrian bridge will affect your commute on TRP’s Facebook, Twitter, and Instagram!

Having An Interim Prime Minister Is Actually Nothing New In Malaysia