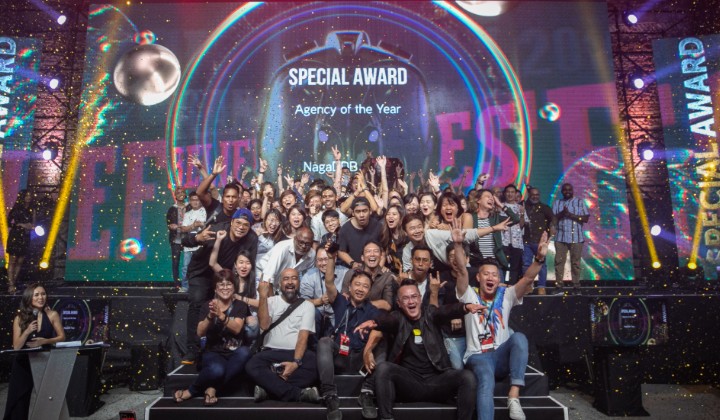 Whether you’re scrolling through the web, flipping through channels on the telly, tuning into your favourite radio station, or just leisurely walking down the street, you are constantly bombarded by advertisements.

But, if you take your time to look beneath the surface, there are loads of amusing, entertaining and engaging advertising campaigns out there.

And NO, we are not just talking about those Raya, CNY and Deepavali PSAs that Petronas churns out every year…

But real, compelling campaigns made by our very own creative minds here in Malaysia.

Organised by the Association of Accredited Advertising Agents Malaysia, the award is the culmination of a two-day Kancil Creative Festival that showcases passionate people from multiple disciplines coming together to share their stories, philosophies and art.

This year’s Kancils came with the theme, “Belief Creates”, and exhibits some of the best works and crafts from the advertising scene.

We thought it would be interesting to advertise a few of the amazing works done by some of the most prolific talents in the industry who took home accolades at the Kancil Awards 2019:

Taking home the title of Agency of the Year, you might have seen some of the work done by the visionary heads at NagaDDB Tribal.

Most notably for 2019 was the campaign that they did with Digi titled, Footbraille, a special Merdeka Day video which helps the visually impaired experience the glorious game of football in a totally different feel.

One of the leading names in the world of advertising, Leo Burnett KL won both the Innovation Kancil and the Culture Kancil awards for their ingenious campaign for Maxis called Deria Takbir.

This unique campaign features an amazing mobile app that converts sound waves of the nostalgically soulful Hari Raya Aidilfitri Takbir into cymatic visual patterns and haptic vibrations, allowing the deaf community to feel the Takbir’s rhythm and melody in real-time.

Brands Are Doing Their Part To Help Fight COVID-19

We all remembered how Netflix completely ignored Malaysia in their Street Food documentary series and how painful it was to be left unnoticed in the global food scene.

Well for their campaign for BFM89.9, Fishermen took home both the Golden Kancil and the Creative Effectiveness Kancil award for their awesome job at uniting Malaysians in the Bersatu For Makan campaign, petition and documentary video dedicated at highlighting the uniqueness and sedap-ness of our local delicacies.

Catch all the winners and creative campaigns at this year’s Kancil Awards 2019 on their official website, HERE.

Brands Are Doing Their Part To Help Fight COVID-19