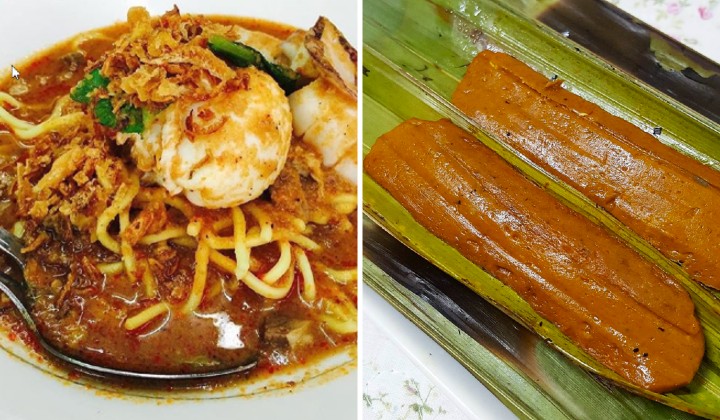 Weâ€™re all familiar with the high reputation of Penang food. It comes as no surprise that the entire state is deemed â€œfoodie heavenâ€.

But what if we told you, thereâ€™s a small town in Johor that could compete with them?

Located on the border between Johor and Malacca, the royal district of Muar is home to many glorious delicacies.

Itâ€™s actually a Malay word that translates to â€œpairsâ€. It dscribes how mee bandung started out as a pairing of noodles and eggs with soup made of chilli, onion, spices, shrimp paste and dried shrimp.

Eventually, it was further improved with the addition of shrimp, meat, fish cakes and vegetables.

According to locals, the best mee bandung can be found in two places: Mee Bandung Abang Sayang on Jalan Maharani and Mee Bandung Abu Bakar Hanipah on Jalan Abdullah.

Whatâ€™s unique about the latter is that itâ€™s a Chinese-owned kopitiam where Muslim Malays serve mee bandung, mee rebus, and satays while the Chinese waiters serve coffee. This is what we call unity!

Just as the name suggests, this spicy and sour dish is a lovely blend of fish stew with tamarind juice and spices. Its origin is unclear, so it could either be a Johorean or Indonesian dish.

Muarians usually go to Asam Pedas Jalan Joned to get their spice fix.

The name literally translates to â€œbrainsâ€ in Malay,due to its squishy and brain-like texture. Even so, weâ€™re pretty sure it doesnâ€™t just appeal to zombies.

Otak-otak is a mixture of fish paste and spices wrapped in mangrove attap leaves. The flavour combines the fragrance of burnt attap leaves, the softness of fish meat and chili spices.

Only true Muarians know that you donâ€™t look for otak-otak, the otak-otak looks for you!

As you sit in any restaurants in Muar at night, youâ€™d eventually be approached by a makcik who randomly places a basket of otak-otak on your table. She would then bill you based on how many otak-otaks you consume.

Almost everyone who travelled to Muar wonâ€™t leave before getting mee siput as a gastronomic souvenir. Talk about creative names!

Naturally, mee siput got its name from its swirly form that resembles a seashell. This crunchy snack made of wheat flour is commonly served during tea with a side of sambal.

To some Johoreans, mee siput is a nostalgic childhood snack they used to buy at school.

Just as we thought we’re done with funny food names, this one definitely takes the cake! The name “gearbox” here refers to the shape of the goat’s knee joint stewed for over 12 hours with herbs and spices to make this soup.

To truly enjoy it, use a straw to slurp the bone marrow; but be careful not to burn your mouth!

Even though this dish has Indian Muslim origins, it’s starting to become one of Muar’s specialties, especially since Muar Soup House opened at Jalan Sisi!

See? Not only Penang has good food. Time to venture south for your next foodie adventure.