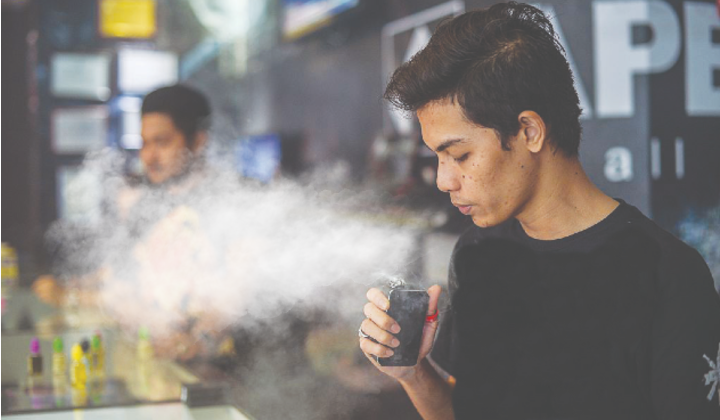 The Health Ministry emphasised that there is no clear evidence that shows vaping and e-cigarettes as a safe alternative or cure to smoking addiction.

It said that no credible study or information that vapes, e-cigs and the substances used within them were without risk of long-term effects on health.

This comes amidst the ministry’s move to regulate the usage of tobacco, vapes, e-cigarettes and shisha through a new Tabacco Act.

Currently, tobacco products are regulated under the Food Act with no specific policies controlling the sale of vapes and e-cigs.

Regulation on these devices would be conducted via joint enforcement efforts involving multiple agencies including the Malaysian Communications and Multimedia Commission (MCMC) that would block websites and channels promoting and selling vapes and e-cigs containing nicotine.

This is rather similar to current prohibitions on tobacco advertisements on national broadcast and print mediums.

The proposed regulations were partly due to the alarming increase in its usage among underaged kids.

Based on the data from the Tobacco and E-Cigarette Survey Among Adolescents in Malaysia (TECMA), there were 300,000 adolescents between 10 to 19-years-old smoking vapes and e-cigs.

Global consensus on the use of vapes and e-cigs have been varied with the industry going through a boom over the past years and the product’s worldwide claim of being a practical aid to help people quit smoking.

In Europe, authorities have been pushing e-cigs as a viable alternative to get people off smoking regular cigarettes with strict regulations on its promotion and use.

In the U.S., e-cigs are seen as a public health threat with several U.S. states already banning its use following reports of serious lung illnesses and deaths linked to vaping.

In Asia, China is already imposing strict controls on e-cigs and vaping liquids and had banned its sale to individuals below 18-year-old.

While India has gone all out in banning its production and sale over associated health risks.

Closer to home, Johor is the first and only state to have banned vaping due to public health concerns.

The scientific community’s views on the usage of smokeless nicotine products also vary.

As the product is still relatively new to the market, research on its uses as a means to quit smoking as well as its effects on health is still scarce and inconclusive.

While some studies found that smokeless cigarettes may help smokers kick the habit.

In other cases, smokers would just end up smoking both regular cigarettes and e-cigs together or return to smoking cigarettes to combat their addiction to vapes.

And there is also a study that links vaping to lung and other cancers.

Endangered Pangolin May Be The Culprit Behind Deadly Coronavirus