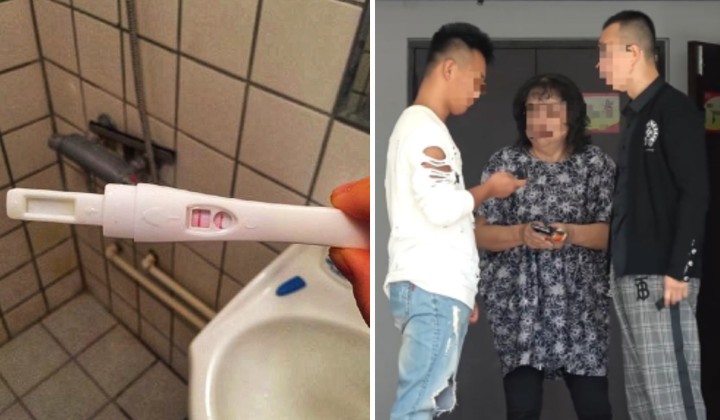 A viral story caught the attention of many when Facebook user TSY recounted the time he found out his underage sister was pregnant.

TSY starts off the story saying that he had found a positive pregnancy test in the shared house toilet belonging to his younger sister who is only in Form 5.

He also says that his parents were not very strict and left the children to their own devices, giving them a lot of freedom.

He laments that he knew his sister was always rather rebellious, but she would tell him everything. However, since TSY had just entered university, he didn’t have as much time to stay updated with her life.

With the discovery of the pregnancy, however, his sister told them everything.

She had met a 26-year-old guy while playing popular mobile game PUBG, and eventually met up with him in person soon after at a nearby hotel. After that, they would meet at the hotel every week.

After four months, the sister realized that she had missed her period. Upon telling the guy, he promised that he would take care of her and ask for her hand in marriage.

The girl naively believed him, and was shocked when she couldn’t contact him at all after two weeks. His phone has been turned off and she couldn’t reach him.

TSY and his parents then immediately rushed to the boyfriend’s house in a rage. The family shouted and made such a ruckus that even the neighbours were alarmed.

Finally, the boyfriend exited his house. The guy apologised, saying that he had been busy house-hunting, surveying the market, and signing the sales-purchase agreement for a new house for the sister.

TSY and his family didn’t want to cause a scene in public, so they went into the boyfriend’s rented house to talk.

Even though the boyfriend looked like an unimpressive fresh grad, he still claimed that he would be responsible in taking care of the sister and make her happy.

I asked him how in the world he would ever make my sister happy on his fresh grad salary. Did he expect my sister to hustle alongside him? I didn’t think he was capable at all.

Shockingly enough, the boyfriend then claimed that he already bought a house close to the Penang bridge, which was why he was busy for the past two weeks.

And it was at this point in the riveting story that readers realised this was actually written to promote how easily you can afford a high-rise condominium in Penang.

Readers were then miffed to learn that this entire story was a giant ad for a property agency.

The original post was written in Mandarin and already has over 4.7k shares on Facebook at the time of writing.