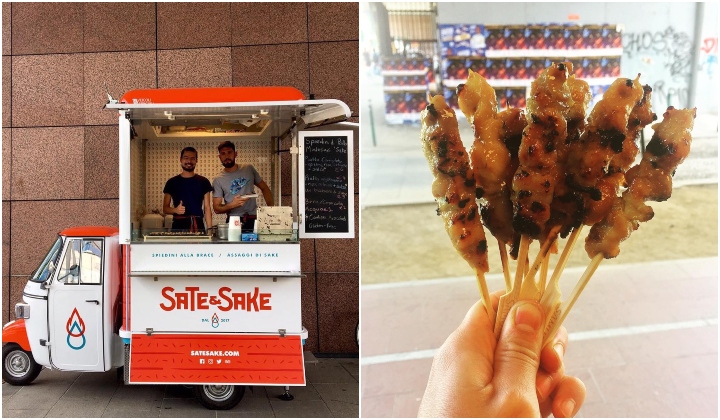 Although some magazines and news sites may claim that Singapore has the best food in Southeast Asia, all Malaysians know that we do food the best.

One recent example of Malaysian food doing well overseas is a Malaysian Kopitiam restaurant in New York, which was listed among the best new restaurants in America twice this year.

But just to further reinforce this truth, we present you with more news of Malaysian food doing great in another country â€“ ITALY.

Yes, weâ€™re talking about the country that brought you great dishes like spaghetti and pizza. They love the taste of Malaysian food too!

And in all honesty, this is apparently a really huge thing because Italians reportedly donâ€™t tend to like any cuisines other than their own.

In fact, in 1986, several hundred Italians gathered to protest the opening of Italyâ€™s first McDonaldâ€™s and more recently in 2011, several Italian towns banned the opening of restaurants serving anything other than their own cuisine.Â

The Malaysian culinary genius who is making us proud this time is a man named Justin Yip.

Malaccan-born Justin moved to Italy nine years ago to do his Bachelorâ€™s degree at the University of Gastronomic Sciences in Pollenzo and ended up staying after falling in love with the country.

Then, two years ago, he opened what is most likely the FIRST AND ONLY Malaysian food truck in Italy called Sate and Sake, in Turin.

Justin said that he decided to open the humble food truck because he felt that Turin really needed some good non-Italian food.

I had no experience prior with restaurants and I thought that I would start small with little overhead costs to test the waters.

Justinâ€™s reasoning for choosing satay out of all other Malaysian dishes was simple â€“ itâ€™s delicious and it would be the easiest introduction to Malaysian food for Italians.

He paired satay with sake because before he started his business, he worked with a Japanese gastro-tourism startup company and became a certified sake sommelier in the process.

Initially, Justin hoped to build a business feeding the large population of Asian students in Turin, but surprisingly it was the Italians themselves who ended up being the majority of his customers.

Justin estimates that at least 90% of his satays are sold to hungry Italians.

I honestly didnâ€™t think Malaysian food would be as successful as it has been amongst Italians. They are very picky eaters. They have only discovered sushi in the last 5 years and are now crazy for it.

And while some people might find it too spicy or too sweet, mostly the feedback is positive.

In the beginning, I would hand out free samples to people on the street of my satay and in my whole two years of [running] my business, Iâ€™ve only had one person outright tell me that they didnâ€™t like it.

Of course, Malaysians canâ€™t take ALL the credit as Justin Yip has put a lot of hard work into perfecting the art of using traditional Malaysian techniques to make satay Italians love.

Every morning, Justin spears more than 200 chicken skewers which have been marinating overnight in a sauce heâ€™s spent years improving.

He marinates his chicken in a marinade that is less spicy and less sweet than how Malaysians usually love our satay because sweet and savoury flavours arenâ€™t traditionally an Italian combination.

However, he kept the Malaysian art of spearing a bit of chicken skin between each chunk of thigh meat on the skewer to add flavour and texture.

If his business continues to do as well as it has for the past two years, Justin hopes to open a restaurant where he can welcome people and interact with them like they are in his home.

For his culinary peers back in Malaysia, Justin, who comes back to see his family in Malacca once a year, hopes that Malaysians will be more aware of where our ingredients come from and try to source locally as much as possible rather than buying the cheapest Thai/China imports.

I would like to see more obscure home-cooked dishes making a regular appearance in our restaurants whether that be Nyonya, Malay or tribal dishes with unusual ingredients.

And to everyone else back home, Justin reminds us that each person has their own journey to take.

He or she must decide for themselves what that journey is and then take the first step.

Congratulations on your success Justin! We wish you all the best with your future restaurant! Keep making us proud all the way in Italy!

Letter From Italy: How A Malaysian Stays Positive In One Of The Countries Worst-Hit By Covid-19