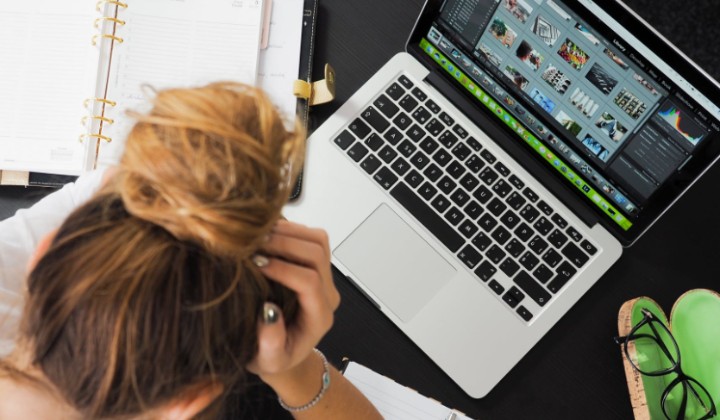 Going to work every day, everyone has only one intention in mind – to put bread on the table. Seems pretty straightforward, right? Unfortunately, it gets complicated when work politics and culture come into the picture.

Sometimes, no matter how hard we try not to get involved, we would somehow end up getting trapped in the vortex anyway. Some problems are caused by colleagues, others by employers themselves.

These are some of the most toxic workplace experiences shared anonymously by Malaysians in various industries:

1. Extended notice period without prior consent

â€œI was still under probation when this happened. Something about the company didnâ€™t sit right with me and I decided to resign before my probation ended. My intention was to serve a shorter notice. Little did I know that they had prepared a backdated confirmation letter, so I had to serve the same notice period as a confirmed staff – two months instead of just one.”

What The Fuck Wtf GIF from Whatthefuck GIFs

2. Leaving on time is a sin

â€œOn my contract, I was only required to work from 9am to 6pm every day. Upon finishing my tasks, I decided to pack up and leave because by right, I should be able to. However, every time I did this, my colleagues would give me the side-eye, and eventually I was known as â€˜the passionless personâ€™. The funny part was, the clients we had were always happy with my work. My colleagues simply stayed later than me because they were loitering around during work hours and had to make up for it.â€

â€œI was suffering from depression and bulimia for the longest time. After several treatments, my appetite returned and I started to eat better at work. I went into the habit of snacking to keep up my appetite. My boss told me to â€˜stop being so fatâ€™ during a meeting in front of my colleagues. My eating disorder came back.â€

Just Stop Cut It Out GIF from Juststop GIFs

â€œWhile it is important to fight for creative freedom and give suggestions, at the end of the day, the client has the final say. This was not the case for my previous employer. We would have completed a project as per client feedback and they would ask us to adjust the final product according to what they felt was right WITHOUT consulting the client. Naturally, the client wasnâ€™t happy, and we had to revert it. That means more late nights for us.â€

â€œI worked hard and was promised an increment after a certain period of employment. After the review, I was told that my performance was outstanding but I had to wait for the next appraisal. Years later, I was still earning the same amount of salary regardless of performance, and for some reason, the KPI keeps changing, you canâ€™t hit a target that keeps moving about.â€

â€œWhen I was hired, I was told thereâ€™s going to be ample work-life balance â€˜unlike other companiesâ€™. I got married recently and wanted to focus on my marriage the moment I clock out of work. However, after a few months, my supervisor started calling me about work after working hours, even at 3am at one point. I was forced to come to work during my annual leave without any extra pay or replacement leaves. It felt as though my annual leaves are only there for show.â€

If you have a hunch that your workplace is toxic, chances are, you’re right. Trust your gut and know your rights as an employee!

Wrong Details On Applications Are Why Government Wage Subsidies Are Being Rejected, Says SOCSO