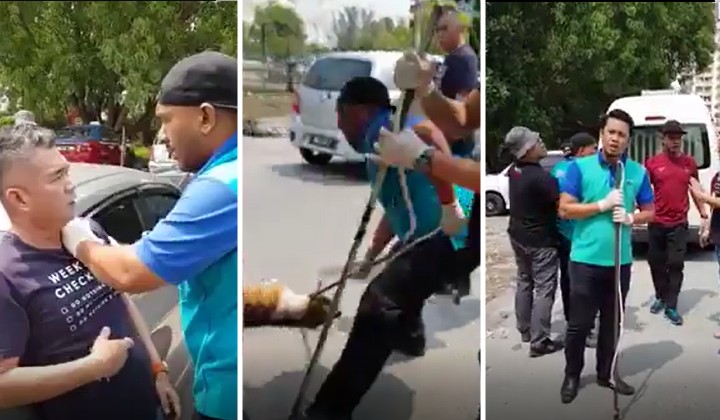 Stories about cruelty and the mistreatment of animals are nothing new in Malaysia, and though it is heartbreaking to hear, highlighting such incidents are important if things are to change.

Footage of MPSJ dog catchers snagging and mistreating a stray dog while being rowdy with civilians who had stepped in to intervene spread on social media.

A swarm of criticism and public outrage quickly followed by Malaysians who were distressed over the incident.

The Tengku Permaisuri who is the Royal Patron of Stray Free Selangor (SFS) campaign, expressed her disheartenment over the cruelty inflicted on the canine and urged authorities to follow correct procedures and show more compassion and humanity in the treatment of animals.

Since the incident, Selangor Local Government, Public Transportation and New Village Development state executive councillor, Ng Sze Han, made a public apology on behalf of the state government over the cruelty shown by MPSJ officers during the operation.

It is understood that the man who appeared in the viral video and at the centre of the controversy, Koh Tat Meng, was detained by police and charged under Section 186 of the Penal Code for obstructing public servants from performing their duties.

Koh, who was later released on bail, lodged a police report against the municipal council and demanded an apology from MPSJ for having him arrested.

He expressed his dissatisfaction with the unprofessionalism shown by the authorities during the incident.

MPSJ has issued a statement apologizing for the behaviour of their officials but also claimed that Koh had provoked them while they were performing their duties.

In the video, Koh is seen arguing and pleading with the dog catchers which led to a small scuffle between him and the officials, while the dog was eventually captured and tossed into a back of a van.

You can have a look at the full video here;

Alarmingly, MPSJ claimed that the captured dog in question was still alive and unharmed, but animal welfare NGOs were supposedly turned away when they tried to visit the animal in detention.

Animals experience pain and emotions just like any other human being and deserve to be treated with kindness and respect.