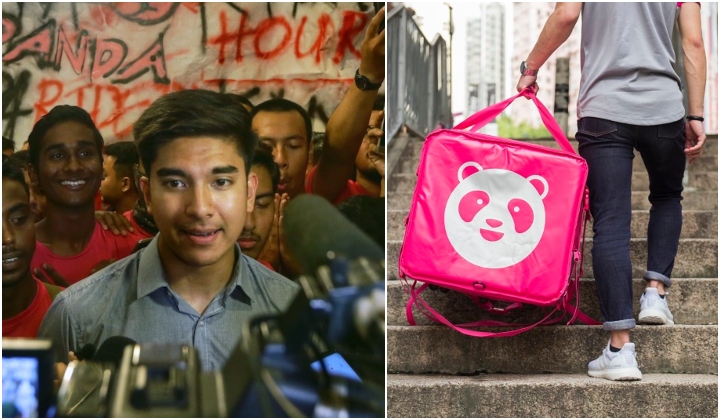 After a two-hour talk with about 100 food delivery riders Foodpanda and Grab Food, Youth and Sports Minister, Syed Saddiq came to the conclusion that Malaysia needs a new law to regulate the gig economy, promising to raise the issue at the Cabinet meeting today.

â€œWhile we want to ensure that this gig economy grows, and for companies to be able to make hundreds of millions in revenue and profit, we cannot at any time, forget the workers, who in the end earn the company a handsome revenue.â€

The discussion highlighted problems freelancers working in the Malaysian gig economy are facing.

Complaints made by the riders included:

In Malaysia, the abundance of online job platforms has made it easier for people to freelance and earn a living in the gig economy.

Common gigs include renting out spare rooms on Airbnb, driving for e-hailing companies and becoming food delivery riders for Grab and Foodpanda and selling stuff on platforms like Lazada, Mudah and Carousell.

So the next question that comes into play is: Why aren’t those working in the gig economy protected under the current employment laws?

Well, weâ€™re NOT lawyers, so we canâ€™t say for sure.

But we did some research from Ask Legalâ€™s website and here’s what we found:

If you signed a â€œContract OF Serviceâ€, you a typical employee and protected under the Employment Act 1995.

But a â€œContract FOR Serviceâ€ is what is usually signed when you are providing a service for someone else, such as cleaning services, security services and FREELANCERS (like those in the gig economy).

However, even if you signed a â€œContract FOR Serviceâ€ it ALSO depends on your job scope.

Even if you are called a freelancer, but you work full time, you might actually be a typical employee.

Hereâ€™s how to figure out which one you are:

So, Syed Saddiq might be on to something when he says we need new laws.

Speaking of new laws, has anybody else realised that our Employment Act 1955 is 64 years old? Itâ€™s so old, it was made PRIOR to Merdeka!

Upskilling Riders for the Future of Gig Economy [OPINION]