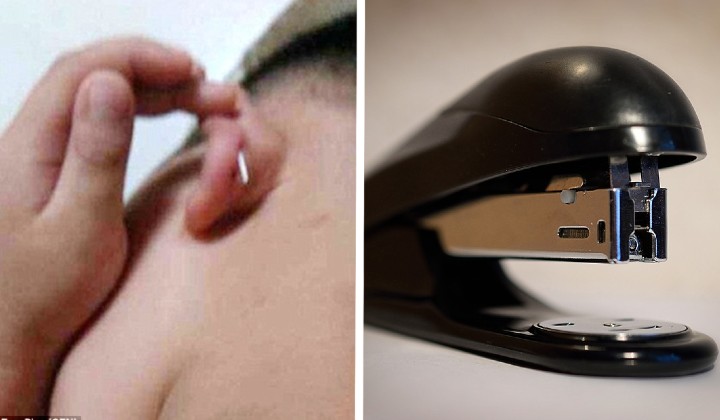 A primary school teacher in Likas, Kota Kinabalu has allegedly stapled a 10-year-old boy’s left ear for not completing his homework.

The Primary 4 student suffered bleeding in his ear, and was later admitted into Hospital Wanita Dan Kanak-Kanak Sabah.

The victim’s mother states that she learned of the incident from her sister, who had picked the boy up from school.

His parents have since lodged a police report as well as a complaint with the Sabah State Education Department.

“We have received a report regarding a teacher who had kind of injured a student’s ears with the excuse of educating using a stapler,”

Dr Misterine Radin to the media

Dr Radin then stated that the teacher will be sent to counselling as a certainty. However, further investigations will be made and discussions will be held with all parties involved.

Health Ministry: How should those caught smoking in restaurants be punished? [Poll]