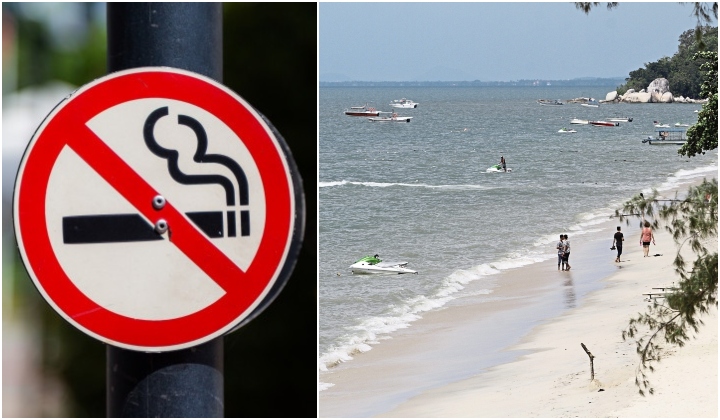 Batu Ferringhi will be declared a smoke-free zone by next month.

Just so smokers out there are clear: Smoking will not be allowed at â€œopen spaces, beachfronts, eateries, beach clubs, food courts, resorts, bungalows and shopping complexesâ€.

Afif Bahardin, the stateâ€™s health committee chairman, said that the smoke-free zone will be from the Floating Mosque all the way to the Bayview Beach Resort along Jalan Batu Ferringhi.

Besides Batu Ferringhi, there will also be designated non-smoking areas in all the five districts in Penang.

“After Batu Ferringhi, next will be Bayan Baru and Balik Pulau. As for the mainland, Bandar Sunway in Seberang Jaya, Bertam and Nibong Tebal will also be gazetted as smoke-free zones soon”

Instead, smokers will only be allowed to practice their dirty habit at designated smoking areas.

“There will be several designated areas for smokers to take a puff and most of the hotels do not allow smoking in the rooms too.

Errant smokers caught smoking at non-smoking areas will be issued with a compound between RM250 and RM500.

Smoking No GIF from Smoking GIFs

“Those who fail to pay their compounds can be brought to court and fined a maximum of RM10,000, or face up to two years in prison if found guilty.”

She also added that tobacco control was one of the cost-effective approaches in preventing smoking-related diseases.

Do you agree with Batu Ferringhi becoming a smoke-free zone?