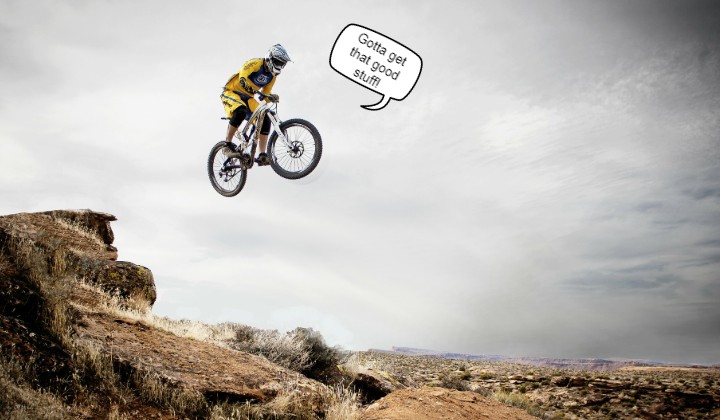 A 54-year-old man reportedly cycled a distance of some 15km just to get high.

The man apparently peddled all the way from Duyong to Krubong, Melaka to get to the drug den where he and 26 other individuals were busted in a raid conducted by the National Anti-Drugs Agency (NADA).

The individuals detained during the bust, aged between 20 – 60 years old, were found positive for opiates and methamphetamines.

During the raid, enforcement agents also confiscated a number of plastic packets believed to contain drugs as well as a measuring scale.

Another 18 individuals were also apprehended in a similar operation in Kuala Linggi.

Those arrested will be investigated under Section 3(1) of the Drug Dependants (Treatment and Rehabilitation) Act 1983, where the would have to comply to undergo drug test procedures.

Even more concerning, 5 of the people who were detained from the busts were already classified as People Under Supervision (OKP), meaning that they were already undergoing drug rehabilitation either voluntarily or by court order.

Over 50% of OKPs have relapsed while undergoing rehab.

Drug abuse is a complex issue and has been a serious public health problem in the country.

The government recently announced plans to decriminalise drug addiction and drug possession for personal use, where addicts will be treated as health patients and not criminals as a step to create a more rational drug policy in Malaysia.