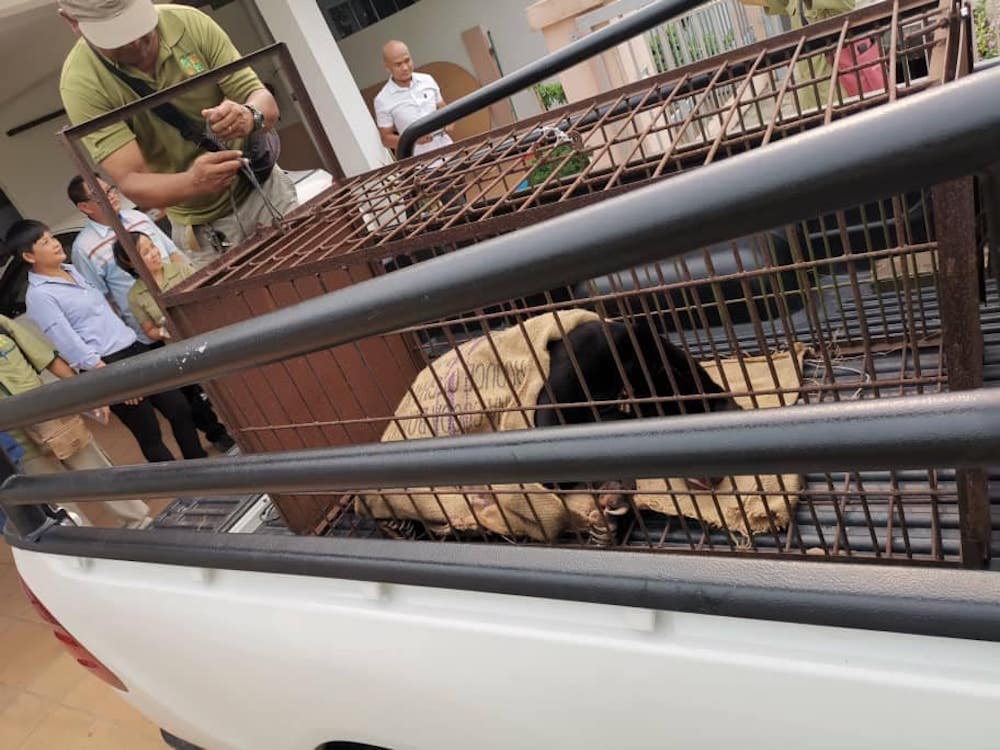 Remember the sun bear story that we’ve put out recently?

Turns out after some public outcry in social media, the authorities have taken action to rescue the bear in Sarawak.

Allegedly the sun bear was locked-up under cruel conditions at a house in Demak Laut, Sarawak. (Poor thing)

Claimed to have been kept by a licensed owner for seven years, the 76-kilogram bear has been sent to the Matang Wildlife Centre here for medical examination and rehabilitation.

It is said that the owner has violated certain terms and conditions of the license.

In Sarawak, as previously mentioned, the animal is protected under the Wild Life Protection Ordinance 1998.

If found guilty of hunting or possessing the protected animals whether dead or alive or possessing just their parts without a license, you could end up being fined for RM10,000 and be locked up in jail for one year.

It is actually the second case this year. Why you guys just can’t get a cat or dog instead.

The first was in June when a cub was discovered to have been locked up in a condominium in Kuala Lumpur.

Look, if you guys really want to own a bear, just, get a teddy bear