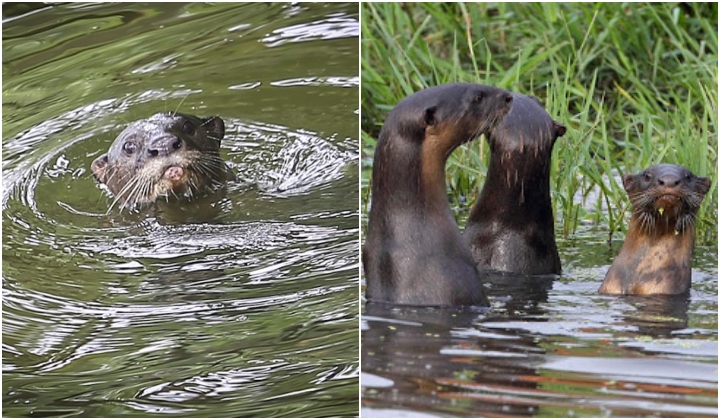 2019 has certainly been a wild year for Malaysia.

We’ve spotted orcas, pilot whales, a tiger around the nation.

However, it seems like the jungle fever continues as adorable otters have been found nesting in Taman Tasik Metropolitan Kepong!

According to Malay Mail, parkgoers have been pleasantly surprised by the presence of these nuzzly little creatures frolicking in the lake for at least a year.

It is believed that the otters that now call Taman Tasik Metropolitan Kepong their home are smooth-coated otters, or Lutrogale perspicillata, which are a classified as “vulnerable” on the IUCN Red List.

Smooth-coated otters are also listed as a Totally Protected Wildlife under the Malaysian Wildlife Conservation Act 2010.

According to WWF, smooth-coated otters have characteristically very smooth fur and are known as fish specialists.

How did they wind up in Kepong?

Well, no one knows for sure!

Smooth-coated otters are usually found in mangrove forests in Malaysia, so their presence in an urban lake comes as a surprise to many.

However, there are a few theories of their presence in the lake park:

The last theory is a suspicion of Puan Sri Shariffa Sabrina
Syed Akil, Association for the Protection of Natural Heritage of Malaysia
president who told Malay Mail that she found it weird for these animals to be
in urban areas due to the lack of sensitivity by humans for nature.

However, there is evidence of smooth-coated otters adapting to modified bodies of water. Such as in Singapore where the semiaquatic creatures have been found habiting reservoirs and wide, concretised storm drains, feeding mainly on non-native fish species.

What will happen to them now?

If you’re worried about the fate of the cute little creatures,
you can breathe easy.

Selayang MP William Leong told Malay Mail that he would strive to protect the delightful animals and welcomed collaboration with NGOs on conservation efforts.

Meanwhile, Kepong MP Lim Lip Eng informed the news site that
he is already in talks with Kuala Lumpur City Hall (DBKL) Mayor Datuk Nor
Hisham Ahmad Dahlan to form a special team to look into protecting the
endangered animals.