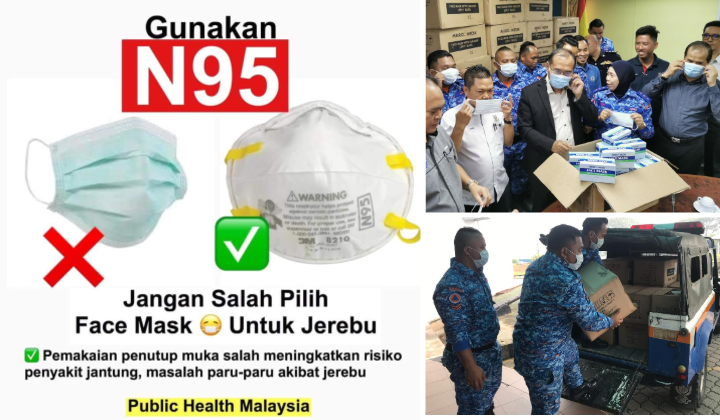 Netizens are having a field day trolling local authorities in Sarawak for handing out the wrong type of masks to ‘help’ the residents of Sri Aman protect themselves against the haze.

Reportedly, 80,000 of these masks were ready to be distributed to the people.

But Malaysians were quick to spot that the standard, over the counter surgical masks that were being handed out weren’t exactly useful to combat the smog.

What Confused GIF from What GIFs

I hope by now they realize it does not serve the purpose and discontinue wasting resources.

IPU almost 400 and you're giving away surgical masks???? pointless!

“It’s supposed to be this one.”

Surgical masks are not made for hazy conditions but rather for fluids and blood spills.

Instead, the correct and recommended protection is the N95 mask which actually filters out airborne pollutants and haze particles.

To add insult to injury, the country is also facing a mask shortage at most major pharmacies, especially the N95…

The state of Sarawak is among the worst-hit paces affected by the transboundary haze, with Kuching being declared the worlds most polluted city.

And the World Air Quality Index (WAQI) also labelled Malaysia as the No.1 most air polluted country in the world.