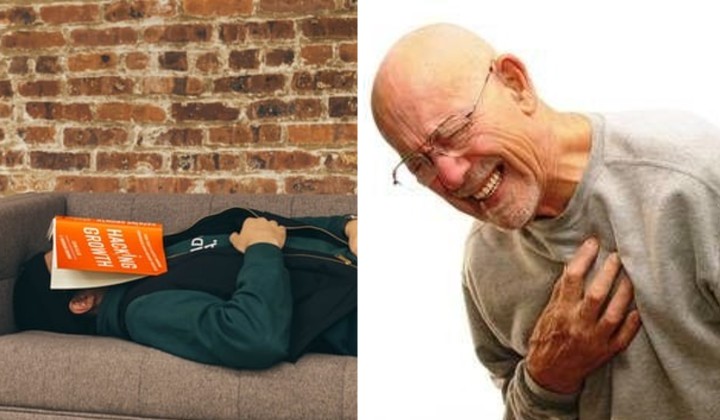 Science (and some common sense) has proven that sleep plays an important role in maintaining good health.

Getting enough rest and good quality sleep can essentially improve one’s physical and mental health, but what about naps though?

Well a study from the University Hospital of Lausanne, Switzerland found that taking daytime naps once or twice a week may reduce the risk of heart diseases.

The study looked at the relation between napping frequency (how many times one would nap and for how long) and the risk of fatal and nonfatal cardiovascular diseases.

Researchers tracked the habits of some 3,000 people between the ages of 35 and 75 for around five years.

Results showed that people who take occasional naps for once or twice a week, between five minutes to an hour at a time were 48% less likely to get heart attacks, strokes or heart failure.

Great! Then we should all be napping more right?

The research also noted that the same conclusion canâ€™t be made for those who take longer and more frequent naps!

According to Professor Naveed Sattarfrom the Institute of Cardiovascular and Medical Sciences at the University of Glasgow, Scotland, the results from the study should be taken with a pinch of salt.

He said that those who occasionally nap once or twice a week have a healthier and more organized lifestyle compared to those who indulge in regular, daily napping.

Basically, those who only take naps every now and again were living better lives compared to those who nap more often, a telltale sign of poor lifestyle as well as some underlying illnesses.

So instead of napping away your diseases, it’s best to get regular, and good quality nightâ€™s sleep while making healthier lifestyle choices in order to maintain good health.