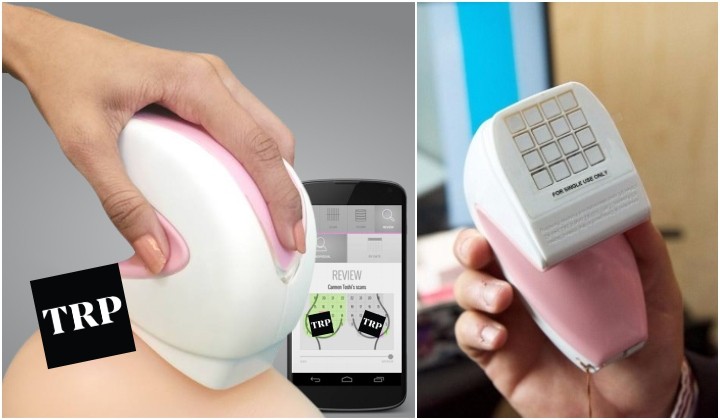 According to the Malaysian National Cancer Registry Report 2007-2011 one in 30 women will get breast cancer in her lifetime.

Early detection of breast cancer increases the chance of successful treatment and reduces the chances of death due to cancer.

Breast cancer screening has become so much easier and accessible with the new portable scanner, iBreastExam.Â

The hand-held device was launched together with the Digital Breast Health Initiative in KPJ Sabah Specialist Hospital yesterday, ahead of Breast Cancer Awareness month in October.

Sabah was chosen as the forefront for the launching due to the higher percentage of late detection of breast cancer for women in the state.

iBreastExam was developed by UE Lifesciences, a company with offices in India, the U.S and in Malaysia.

It was made to be used by community workers in low resource settings to address the rising incidence of breast cancer in developing countries where women have limited or no access to breast cancer screening services.

The low-cost, easy-to-use, radiation-free, painless and wireless breast health test takes less than five minutes to complete and can be used by any doctor or health worker.

The device is linked to a mobile app that notifies the user if any abnormal tissue is detected, upon which an ultrasound, usually accessible even in rural areas – can be conducted.

With that, we’d like to remind all Malaysian women to get regularly screened for breast cancer!