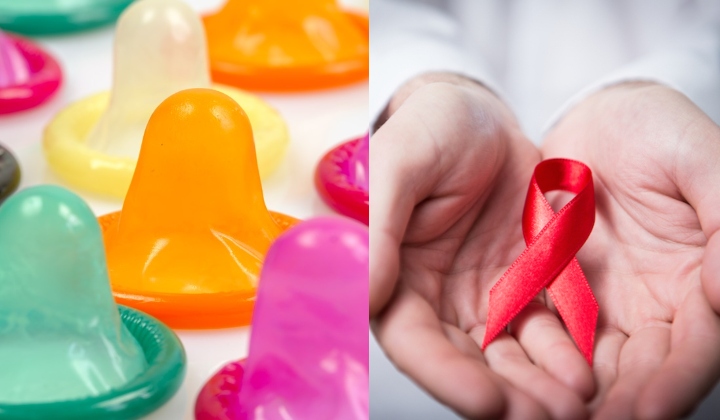 We bet you didn’t know that most new HIV infection cases in Malaysia are spread through sexual transmission.

In fact, sexual transmission was responsible for 91% of new infections in 2017 alone!

Most Malaysians don’t know enough about HIV, AIDS or even safe sex in general because talking about such topics is generally a taboo in our country.

Well, to raise awareness and fight against HIV and AIDS, a limited-edition condom has been launched!

Malaysian AIDS Foundation, the world’s largest condom manufacturer Karex (who also happens to be Malaysian) and The Body Shop have joined hands and launched ONE “super-sensitive” condom!

The collaboration is aimed to educate the public about safe sex and combat the growing cases of sexually transmitted HIV infections in Malaysia.

Kicking off this month, the three-year campaign will raise awareness through the sale of 12,000 packs of the specially packaged ONE condoms supplied by Karex.

The condoms are available at all The Body Shop outlets nationwide (except Sarawak, Johor Premium Outlet and Mitsui Outlet Park).

Each pack of the condom contains three “Super Sensitive” condoms and they’re priced at a mere RM6.

The environmental-friendly packaging also has a simple manual that illustrates how to put a condom on properly.

What’s great about the campaign is that ALL proceeds from the sale of the condoms will be channelled to MAF’s general HIV presentation and treatment fund!

Profits will help pay for HIV/AIDS treatments, women empowerment, and other HIV intervention programmes run by MAF and the Malaysian AIDS Council.

So, what are you waiting for?! As if there wasn’t a better reason to stay safe while you have fun!