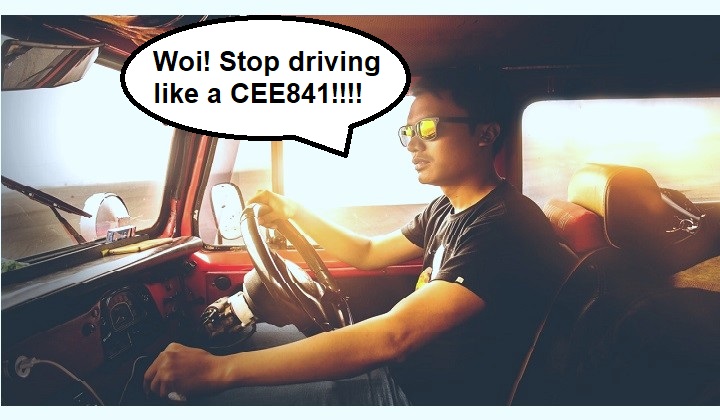 How many times have you called someone a cib*i while
driving on Malaysian roads?

It could be induced by a sudden bout of of road rage, or the stupidity of the other driver or if youâ€™re just Hokkien like that.

Whatever the reason, we geddit.

Sure Yeah GIF from Sure GIFs

However, we may have just found a legitimate reason for you
to scream-honk the Hokkien curse word.

While more â€œeliteâ€ number plates like CEE 7 and CEE 9 were unsurprisingly sold for a lofty RM58,000 each, itâ€™s the seemingly random CEE 841 number selling at such a high price that caught peopleâ€™s attention.

Its striking similarity to Malaysiaâ€™s favourite Hokkien curse word could be the reason why people were throwing money during the bidding which ran from 30th August to 3rd September.

Another random number that got a surprisingly high bid was CEE
96 at RM3,800. (Weâ€™re not sure why but if you have any theories please let us
know!)

At the end of the day, the CEE license plate series collected a staggering RM1.024 million. Thatâ€™s much higher that the CED series which collected a humble RM895,940 in comparison.

To whomever who successfully snapped up the CEE 841 number
plate, we tip our hat to you. But please, try not to drive like a CEE 841 okay!