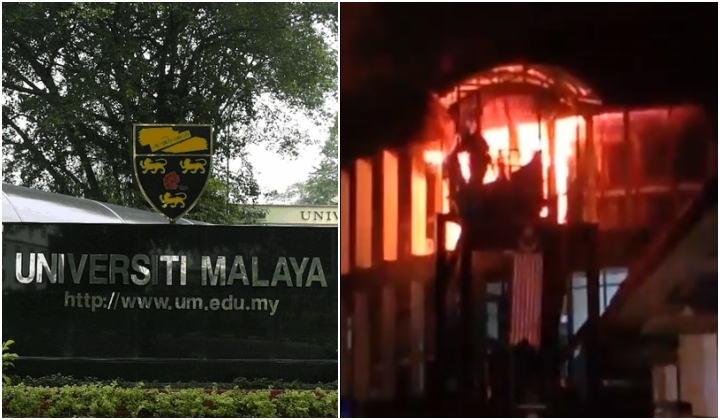 A fire broke out early this morning (27th August) at University Malaya.

According to Bernama, the Fire and Rescue Department (bomba) received a call at 1.20 am when flames were spotted at a building in the universityâ€™s Faculty of Economics and Administration (FEP).

By the time the firemen arrived, the fire was ravaging the
lecturerâ€™s offices on the third floor of the building.

The valiant efforts of 29 fire and rescue personnel resulted in the fire under control 1.53 am and extinguished at 2.40 am before further damage was inflicted.

Thankfully, no one was harmed in the early morning raze.

However, the lecturerâ€™s offices were almost completely destroyed as the third floor was nearly 100% damaged by the fire.

The fire had also inflicted damage to the second floor of the building.

The University Malaya Week of Welcome Facebook page stated that the cause of the fire was a short circuit on the third floor.

Watch the video of the fire below: