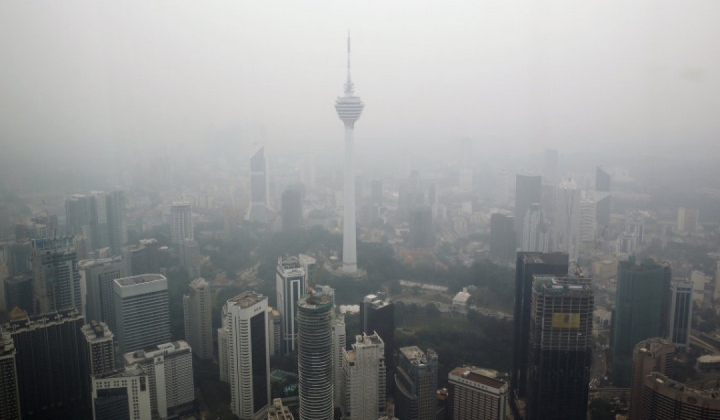 Weâ€™ll assume that by now youâ€™ve seen (or smelled) that haze season is back.

Well, to save you some time from a Google deep dive, weâ€™ve done the deep dive for you.

Haze is an atmospheric phenomenon where particulate matter such as dust, smoke, and dry particles are emitted directly into the atmosphere to a point where it is sufficient enough to impair visibility and obscure the skyâ€™s clarity.

When seen from afar, and depending on the direction of view, haze can appear to have a bluish or brownish tint.

Haze pollution is called â€œtransboundaryâ€ when itâ€™s density and extent is so great at the source that it remains at measurable levels after crossing into the air space of another country.Â

2. What you mean by â€œparticulate matterâ€?

There are two types of particulate matter.

â€œCoarseâ€ particles are larger than 2.5 microns and generally come from vehicles travelling on dirt and sandy roads, crushing and grinding operations such as cement manufacturing, and combustion sources.

3. This â€œparticulate matterâ€ come from where?

Haze is commonly caused by open burning and smoke from factories and vehicles.

This time around, the haze affecting Malaysia is caused by a moderate amount of smog moving from hot spots in the central and southern parts of Sumatra due to the Southwest Monsoon winds.

4. Then it is dangerous meh?

Malaysia uses the Air Pollution Index (API or IPU in Bahasa Malaysia) which looks at the levels of 5 chemical compounds when deciding how safe is the air in an area.

These five compounds are: ozone, carbon monoxide, nitrogen dioxide and sulphur dioxide, as well as the concentration of 10 microns (PM10) particulates in the air.

Particulate matter less than 10 microns in size, including fine particles less than 2.5 microns, can penetrate deep into the lungs.

With these facts in mind, here are some tips on how stay safe!