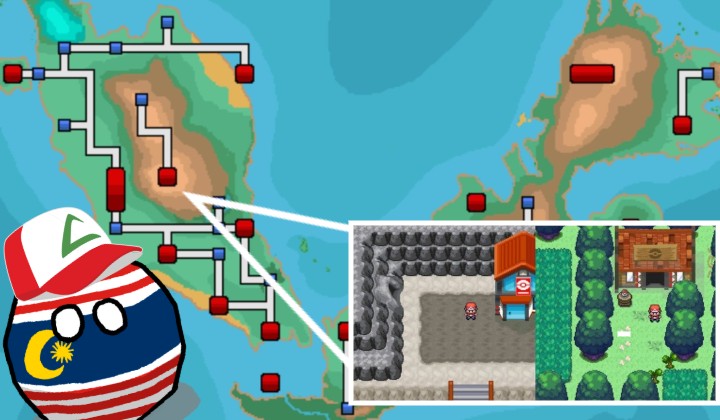 Time to tangkap emâ€™ all!

A local Poke Freak had designed a playable Pokemon region based off of the map of Malaysia.

The ROM hack – a game which has been altered or modified in some way from the original – was created by 22-year-old Mokessh Kannah, an Engineering student currently working on his bachelorâ€™s degree at the University of Munich, Germany.

Mokessh had originally shared his work on Reddit, before it inevitably went viral on social media.

According to My Game On, it took Mokessh a whole year to complete the game which he created by using software obtained online.

Plus, he initially learned to put the game together by watching tutorials on Youtube!

The game takes inspiration and elements from fan favourite titles like PokÃ©mon Gold and Silver, Ruby and Sapphire, and Black and White, with the inclusion of local Malaysian hotspots throughout the game and locally familiar named non-playable characters or NPCs.

Mokesshâ€™s mod includes ALL Pokemon from generation 1 – 5 and even has plans to expand the game even further to include more recent creatures and sprites from the latest line of Pokemon games.

Unfortunately, since Nintendo has very strict laws in regards to their intellectual property, the game won’t be made available to the public any time soon.

But, Mokessh did mention that heâ€™ll be sharing the game file directly to those who would like to experience it when the game is finished.