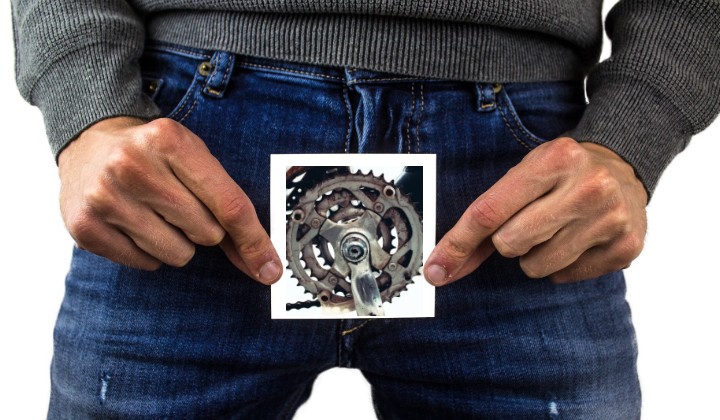 Talk about being caught between a rock and a hard place…

One Kalantan man had the unfortunate cock-up of snatch-ing his penis between the cogs of a bicycle gear in Kuala Kerai, yesterday.

Amazingly, the 34-year-old man managed to wag his way to a nearby Bomba station seeking rescue.

The man and his johnson were then quickly taken to the Kuala Krai Hospital.

It took doctors nearly 20 minutes to safely pull off the item from the manâ€™s pecker with the use of a specialized tool.

Thankfully, the man merely had to suck it up a little and was sent home with his manhood (and ego…) bruised, but mostly unharmed.