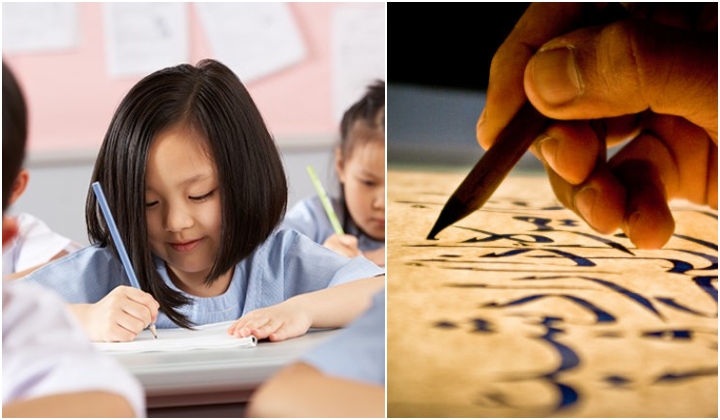 A few weeks ago, Chinese educationist groups Dong Zong and Jiao Zong, collectively known as DJZ disgreed with the Education Ministryâ€™s plan to reinstate Teaching and Learning of Science and Mathematics in English (PPSMI).

Now, they are opposing a new addition to the Bahasa Melayu subject.

The Education Ministry plans to expose students in vernacular schools nationwide to khat, a form of Malay-Arabic calligraphy writing.

They aim to start the syllabus next year as part of the Year 4 Bahasa Melayu subject.

The National Union of Teaching Profession (NUTP) has welcomed the plan, with teachers already undergoing training to teach khat writing.

However, DJZ, doesnâ€™t agree with the plan and have already mobilised similar interest groups including those representing Tamil schools.

DJZ stated that although they support the governments efforts to foster interracial interaction in schools, they firmly oppose adding lessons that would burden teachers and students.

It is learnt that according to the syllabus, students will not be tested on their khat writing skill.

The Chinese educationist group also claims that khat is not suitable to be a part of the Bahasa Melayu syllabus, adding that the art of calligraphy has nothing to do with learning the national language which follows a romanised script.

However, they insisted that their resistance to introducing khat to students should not be seen as a refusal to celebrate the countryâ€™s various cultures and languages.

â€œBut we disagree if the learning of cultures is made compulsory for students.â€

Instead, they propose that it was enough for students to be given a brief overview of khat, adding that it would be more suited to the arts subject.

PPSMI Not In The Cards, But Jawi Is, Says MOE