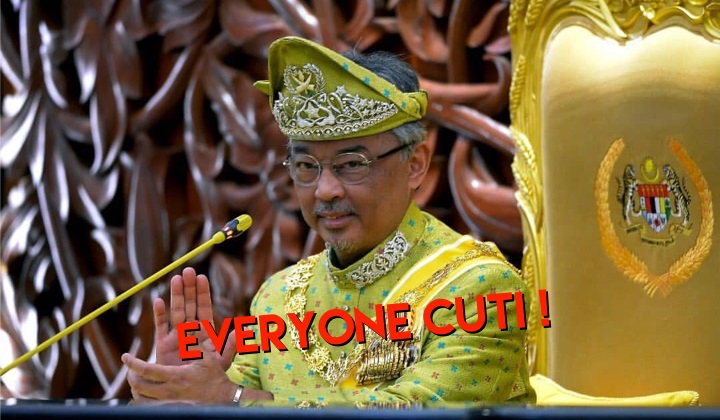 Send this article to your boss as a reminder!

The public holiday on July 30 declared by the federal government also applies as a paid holiday for all employees, including those in the private sector.

The Human Resource Ministry announced this in a statement today explaining that based on the provision in the Employment Act, employers can replace the paid holiday with any other day.

â€œIn this regard, all employers are required to inform their employees that they can either choose July 30 as the public holiday or replace it with another day. If no replacement is made, the employees who work on that day are eligible to receive the rate of pay as per a public holiday,â€

Meanwhile, for Sabah and Sarawak, the ministry said this would be in accordance with their respective laws.

According to the ministry, the objective of this statement was to â€œdraw the attention of private sector employersâ€ on their obligation to give their employees the day off on July 30 and to â€œemphasise the right of employeesâ€ on getting paid leave on public holidays according to our labour laws.

The public holiday on July 30 declared by the federal government in conjunction with the installation of Al-Sultan Abdullah Riâ€™ayatuddin Al-Mustafa Billah Shah of Pahang as the 16th Yang di-Pertuan Agong at Istana Negara in Kuala Lumpur.

For the lucky residents of Pahang, the state government announced that they will get two days public holiday on July 30 and 31.

Agong Declares State Of Emergency, Expected To Last Until August 1