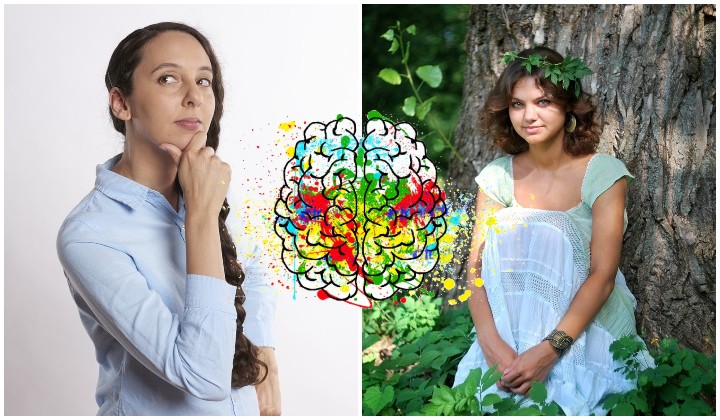 Are you left-brained or right-brained?

But it seems like the fascination isn’t going away as Twitterjaya has been trying to brain their own brains with a new quiz today.

On the website “A Real Me”, you can take a simple 3 minute quiz of 31 questions just to find out if youâ€™re a logical left-brainer or hippie right-brainer.

According to Medical News Today, the left-brain/right-brain belief proposes that everyone has a dominant side of their brain that determines their personality, thoughts, and behaviour.

A 2013 study scanning the brain activity of over 1,000 people showed that there did not seem to be a dominant side of the brain.

A person uses both hemispheres of their brain BUT the brain activity differs depending on the task theyâ€™re doing.

The left-brained vs right-brained theory actually began when the media picked up on the Nobel Prize-winning â€œbrain separatingâ€ study by Roger W. Sperry.

Roger and his team of doctors were looking for a relief for epileptic patients and so, he cut their corpus callosum, the largest structure connecting their left and right hemispheres. While it worked to relief epileptic patients, Roger found that differences existed between the two sides of the brain.

So what do the left and right hemispheres do?

Scientifically-backed data points to the left hemisphere taking a lead role in speech while the right hemisphere recognises emotion.

Now you know the truth, but itâ€™s still fun to take these kind of silly quizzes. We say go on and give it ago! (Try it HERE)