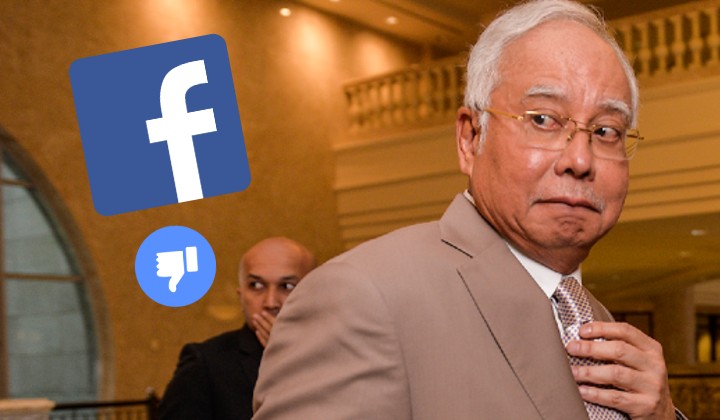 How many times have you been told by parents/grandparents/aunties/uncles/ uncleâ€™s neighbours to not post everything on Facebook?

Well, looks like former Prime Minister Datuk Seri Najib Razak shouldâ€™ve taken their advice because he was just warned by the High Court for posting about his SRC International corruption trial.

The offending Facebook post, shared on July 15th, was in rebuttal to a witness statement in court that said two of Najibâ€™s personal credit cards were used to for RM3.3 million worth of transactions in a single day.

â€œThis expense is for gifts to a royal member of a government and their entourage who have good relations with our country.
(Not Saudi Arabia or Abu Dhabi).â€

â€œTheir family and Their entourage were with us on our family visit to Italy at that time.
It is a custom to give gifts to other government leaders.â€

But the prosecutors in the case didnâ€™t think his public
postings about an ongoing trial was appropriate and demanded that he apologise
to the court.

Tommy Thomas, Attorney General, made an application for Najib to make a full apology and a promise to never repeat this action throughout the trial.

He argued that Najibâ€™s comments are akin to sub judice â€” a rule which prohibits public statements on an ongoing trial.

â€œAnymore postings before this (apology hearing on Monday) by the accused would be considered in contempt.â€